Lucknow: Two Days Conference on “Justice Delivery System: Challenges and Solutions” is organized by Judicial Training & Research Institute, U.P., Vineet Khand, Gomti Nagar, Lucknow on 10th and 11th September, 2022 under the directions of  Allahabad High Court in which a huge number of judicial officers including District Judges from across the State of Uttar Pradesh and large number of Police Officers and Prosecution officers are participating.

This Two-days conference is organized to sensitize the participating Judges, prosecution officers, police officers and other stake holders in the matters involving criminal and civil matters pertaining to fair trial rights of accused, participation of victims in trial process, statutory requirements of investigation and removing discrepancies in investigation process. On civil side, issues relating to preventing abuse of process of courts and serving interest of justice, scope and limitation of discretionary powers of civil courts, execution of interlocutory orders, enlargement of time etc. will be covered.

The objective of this conference is to strengthen the justice delivery system at the district level and as such all the stakeholders of the criminal justice system were brought on one platform for discussions and deliberations with a view to identify the persisting challenges and to find out the solutions for speedy and smooth delivery of justice to litigants.

On the occasion, a large number of Hon’ble Judges, sitting and former were present in the conference. While inaugurating the conference Justice Krishna Murari, Judge, Supreme Court of India said that providing justice is not only the duty of a judges but it is also the duty of other components of justice delivery system. It is not only necessary for the other stakeholders to assist the courts in dispensation of justice but should also to ensure that justice is provided quickly. He also referred to the Alternative Dispute Resolution Mechanism (ADR) to speed up the process of justice delivery system. He said that we need to inspire and educate people to maintain their trust in the ADR as well as in the judicial system.

On this occasion,  Guest of Honour  Justice Vikram Nath, Judge, Supreme Court of India said that he is very happy to know that all the stakeholders are participating in this conference as now the time has come to seriously think about the pending cases. It is an urgent need that all the stakeholders should discharge their duties with utmost sincerity and sensitivity. He also said that the common man still reposes trust in the justice delivery system. He also suggested that Alternative Mechanism should be used through Lok Adalat, Mediation etc. to settle disputes outside the courts to lessen the burden of courts and dispense quick justice.

Justice Rajesh Bindal, the Chief Justice, Allahabad High Court and the Guest of Honour of inaugural session, while addressing the participants, said that to maintain people’s trust in the justice delivery system, we need to think and work seriously about disposal of the pending cases quickly. We need to enquire the reasons for delay in the disposal of cases so that we may deliver justice on time. He referred to the huge number of disposal of cases in Lok Adalat in the State of Uttar Pradesh and while inspiring the participants he said that we need to set examples for rest of the States by disposing as many cases as is possible. We may have limited human and technical resources and we may also have less number of judges but we cannot tell these reasons to the litigants as getting quick and inexpensive justice is the right of litigants. In this context, he referred to the Action Plan of the High Court for quick disposal of cases. 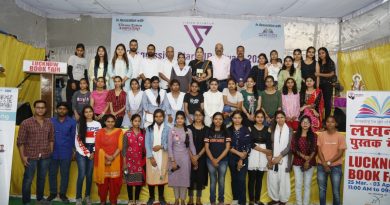 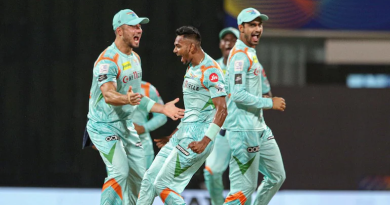 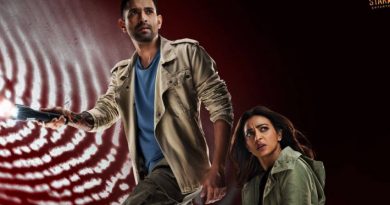 Trailer of Forensic is out; Vikrant Massey and Radhika Apte film to premiere on ZEE5 on 24th June