New Delhi: On Day 21 of the protests against what the farmers of India are calling black laws, the Indian grower continues to stand tall. While the protest continues, thousands have refused to budge for three weeks at one go. They said constituting a new panel to break the stalemate is not a solution. Government should have formed a committee before the laws were enacted by Parliament, the union said.

In signs of things going out of hand, a Sikh cleric has shot himself claiming that he is unable to bear the ‘farmers’ plight’. Meanwhile the Supreme Court seeks Centre’s reply on pleas seeking removal of protesting farmers from Delhi borders. An umbrella body of 40 farmer unions have also written to the Centre.  Security arrangements on the other hand have been heightened at the Chilla Border. Several widows, mothers and sisters, of Punjab farmers who committed suicide due to rising debt joined the protesters at Tikri border.

The farmer community has blocked major highways and toll plazas. The farmers have expressed their disapproval of the government’s refusal to withdraw the new farm laws. A large number of farmers have now resorted to a hunger strike since December 14, which was also accompanied by protest rallies and dharnas around the country.

Protesters from Rajasthan and Haryana have also joined the agitators in protest as they started marching towards Delhi from December 13 camping at the Rewari border of Haryana. Even as this report was filed, the farmers continue to block the Delhi-Jaipur Highway. President of Kisan Mahapanchayat said hunger strike on December 14 was held as a sign of peaceful protests and as a tribute to protesters who have died since the protests started.

Delhi Chief Minister and AAP chief Arvind Kejriwal went on a day-long hunger strike in support of the farmers following his appeal to the Narendra Modi government to scrap the black law. Protests are continuing and getting stronger as farmers from other parts of India arrive at the Singhu- Tikri borders to join the Punjab farmers in their cause. As political opposition parties drum up support along with farmers, the Centre is trying to hold talks with the farmers’ leaders and hopes that issues raised by the farmers will be resolved soon. The government faces the constant ire of the Opposition led by the Congress. The anger has increased after cops at the border used brute force against the agitating farmers. The farmers faced water cannons and lathi charge. Even as this has been a harsh winter time farmers continue to brave the odds with improper living conditions.

Training guns back at the Opposition, Union agriculture minister Narendra Singh Tomar has said that they are trying to manipulate the farmers’ protest to run its own propaganda. He said the opposition is showing the farm laws in a bad light to aggravate things portraying the government as an enemy. The issues flagged by agitating farmers can be solved in five minutes if Prime Minister Narendra Modi himself steps in said  Shiv Sena MP Sanjay Raut.

BJP’s Gujarat unit president C R Paatil on Wednesday alleged that the ongoing agitation by farmers on the Delhi borders was a planned conspiracy  Home Minister Amit Shah in a tweet in Hindi said the Modi government has taken another major decision and approved an assistance of Rs 3,500 crore for sugarcane farmers. Union minister Hardeep Singh Puri has appealed to farmers to resume talks.

Meanwhile the Prime Minister has tried to reassure farmers that the farm laws are beneficial for them. The Bharatiya Kisan Union has filed a petition in the Supreme Court of India seeking a withdrawal of the laws. The apex court has already notified the government regarding the legal challenges. 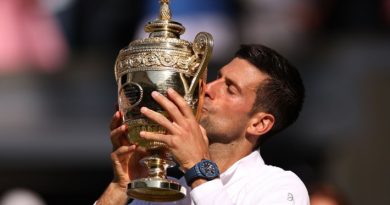 Novak Djokovic, the man of the moment