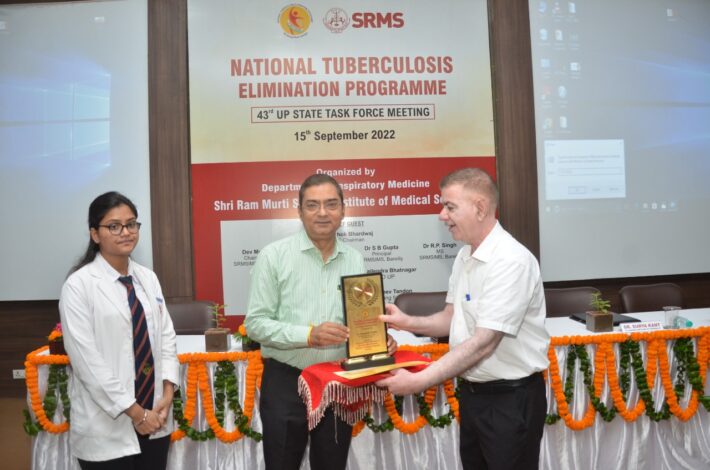 Bareilly: The 43rd meeting of the State Task Force under the National TB Eradication Program was held at SRMS Medical College. In this, all the medical colleges of the state and district tuberculosis officers of all the districts participated. Simultaneously, UDST (Universal Drug Sensitivity Testing) Lab was also formally inaugurated at SRMS for free of cost TB testing.

According to Dr. Rahul Goyal, Head of the Department of Microbiology, the resistance of medicines given for TB is detected in this U DST lab operated in SRMS. This test costing more than two thousand rupees is free of cost in SRMS Medical College and its report is also received on the same day.

In the inaugural session of the meeting, Devmurthy, Chairman, SRMS Trust, said that earlier this disease meant certain death. But today the situation has changed. Now TB is nothing more than a simple disease. But negligence but it is still dangerous today. He stressed on increasing the screening to check for TB. Dr. Ashok Bhardwaj, Chairman, National Task Force on National TB Elimination Program and Dr. Suryakant, Chairman, State Task Force also addressed.

Dr. Bhardwaj expressed concern over the low screening of TB patients and talked about ways to increase it. He said that Prime Minister Modi’s resolve is to control TB in the country by 2025. National TB Eradication Program is being conducted for this. But this will be possible only if screening for TB eradication is maximum and TB patients are detected and treated properly. So far, only 5% of patients are identified by screening. It needs to be increased.

More than 40 percent of patients are such who do not even know that they have TB. In such a situation, it is necessary to increase its testing along with the screening of TB. Dr. Suryakant reviewed the facilities being provided to TB patients in all the medical colleges present in the meeting and directed the representatives of the Medical Colleges and District Tuberculosis Officers to take necessary action. He also expressed displeasure over the absence of District Tuberculosis Officers of many districts and asked to complain to the government. He said that the TB eradication program is the priority of the government as well as the priority of all of us. Even after this, many medical colleges and district tuberculosis officials are not taking it seriously. This is a serious matter. 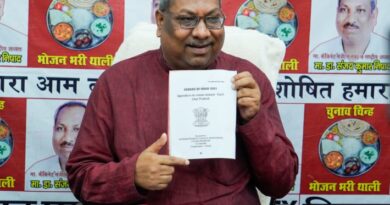 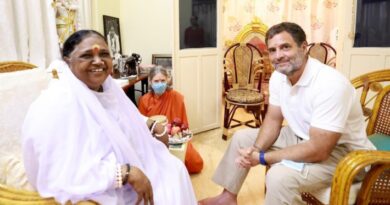