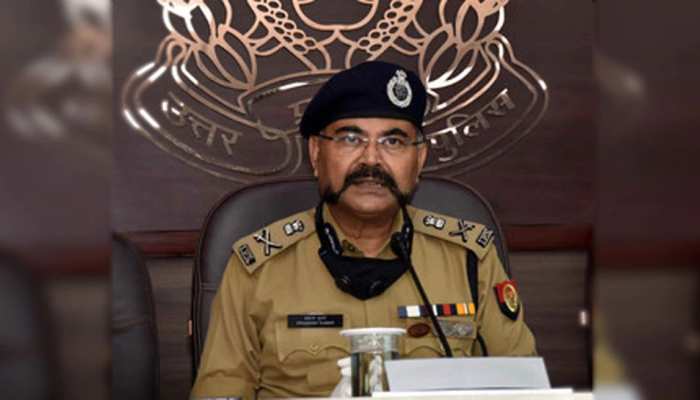 Lucknow: In the target set by the government for the first 100 days, the UP Police is ahead of all other departments.

The bulldozers of Uttar Pradesh have gained momentum with the goal of destroying the properties that were occupied by the mafia. UP Police has overtaken all other departments in the target set by Yogi 2.0 government for the first 100 days. In just three months from March to May 2022, the UP Police has either demolished or confiscated properties worth Rs 6,66,17,85,123 of the mafia.

In fact, the Yogi government had given the UP Police a target to take action on properties worth 500 crores in the first 100 days of the formation of the new government. Alam is that till now even 100 days have not been completed and the police has achieved achievement by taking more action than its target. At the same time, from March 2017 to March 2022, UP Police has seized property worth Rs 20,95,64,53,907 under the Gangster Act.

All the important information related to this has been given by the UP Police through its official handle on the country’s own social media platform, Ku App. In this, Uttar Pradesh’s Additional Director General of Police, Law and Order, Prashant Kumar has given many big information. This Ku post states:

Through the video, ADG Prashant Kumar can be heard saying that as per the intention of the government, Uttar Pradesh Police is continuously taking action against the mafia and gangsters accused in a commendable manner. The district wise list of mafias and criminals who have committed serious crimes has been updated and prepared as per the instructions given by the Uttar Pradesh Police Headquarters, who have been illegally earned by all such notorious criminals and mafia by keeping constant monitoring by the law and order branch. By confiscating the properties, their criminal activities are being eradicated.

It is worth noting that the Yogi Adityanath government of Uttar Pradesh had made its stand clear on the law and order issue from the very beginning that bulldozers would continue against the mafia in the state. The government is continuously taking action for confiscation of illegally acquired property by preparing district wise list of mafia, gangster and serious crime accused.

The infamous mafias have been reviewed since March 2022. During this, the government has identified 50 mafias and the police headquarters 12. Strict action is being taken by the police against all these 62 mafia and their gangs.

They further state that from March 2022 to May 2022, action has been taken against 788 notorious criminals under the Gangster Act. Illegal property worth Rs 6 billion 61 crore 78 lakh, acquired from crime, was attached from them. Property worth Rs 2 billion 32 crore 80 lakh was attached only from Meerut zone.

According to ADG Prashant Kumar, the police are constantly tightening the noose on the notorious mafia and their gang and action is also being taken against them. In the last 6 years, assets worth Rs 20 billion 95 crore 64 lakh have been confiscated in the state under the Gangster Act. This property has been attached between March 2017 to March 2022. During this, 1150 mafias were identified and the police have taken strict action against them.

In Uttar Pradesh, action is being taken by marking 30 mining mafia, 228 liquor mafia, 168 cattle mafia, 347 land mafia, 18 education mafia, 359 other mafia and also to confiscate their properties under Gangster Act. Its being done. Most of the properties have been confiscated in Meerut. Here the mafia is constantly being clamped down and their crimes are being curbed. Along with this, action is also being taken against other members of his gang.

July 12 Horoscope: Your Luck for the day