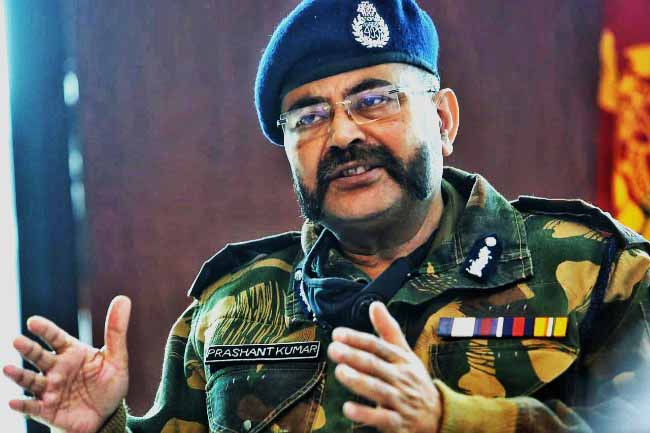 The remaining 75 company forces will reach the state on January 20. Prashant Kumar was talking to reporters on Sunday regarding the security arrangements made during the polling. He said that 109 Drones, 168 River Boats, 420 Portable CCTV Cameras, 563 Still Cameras, 492 Video Cameras and 3573 Body Worn Cameras would be used for security in the elections. Along with this, quick communication will be done with the public through the C-Plan app.

107 international and 469 state barriers installed
He informed that 14 Vidhan Sabhas of seven districts Pilibhit, Maharajganj, Siddharthnagar, Lakhimpurkhiri, Bahraich, Balrampur, Shravasti are adjacent to Nepal border. 30 districts of the state are bordered by 9 bordering states. Of these, 74 assembly seats are adjacent to the state borders. In these, 107 international and 469 inter-state barriers have been installed for security. This barrier will do the work of checking day and night. Nodal officers have been made for these.

Will reach 31 polling stations by boat or pipa bridge
The ADG said that 31 polling stations in 10 districts of Bijnor, Jalaun, Lakhimpurkheri, Deoria, Basti, Bahraich, Balrampur, Shravasti and Ballia would be accessible through the river. For this, arrangements for boats and tractors or cask bridges will be made at the local level.

On completion of 3 years of Ayushman Yojana, Mayor Sanyukta Bhatia distributed Ayushman card to the beneficiaries.

With Cyclone Gulaab active, Railways cancelled a number of trains to ensure safety