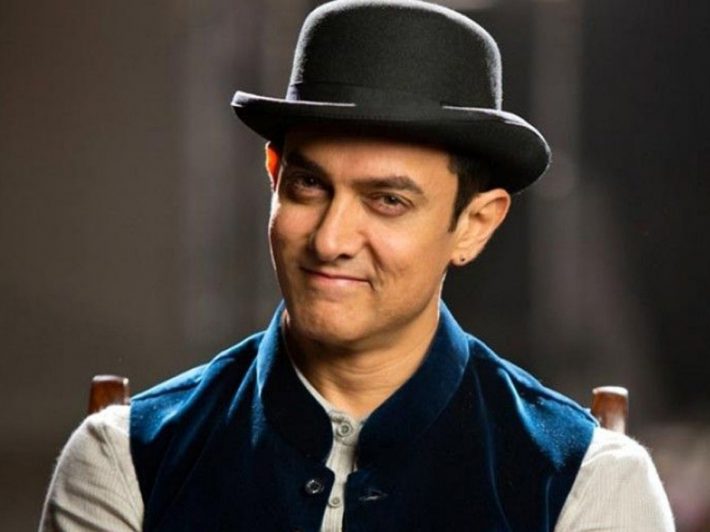 Mumbai: The announcement of the Laal Singh Chaddha trailer being launched in the finals of the most anticipated T20 finals has sent everyone into a tizzy as they get ready to experience the best of cricket and cinema on one platform.

While the trailer will be played during the first innings in the second timeout of the T20 Finale on 29th May, it looks like Aamir Khan will also be playing the role of the host. Going by the recent videos shared by the makers of Laal Singh Chaddha, Aamir Khan is also hosting the T20 finale where he will have a dialogue with world renowned cricketers – Harbhajan Singh being one of them, as seen in the video. Aamir is seem taking tips from a member of the crew of the TV channel on what kind of questions should he be asking Harbhajan. As can be seen in the video, Aamir decides to go ahead and test his interviewing skills resulting in a hilarious situation!

.@jatinsapru is prepping up the multi-talented #AamirKhan for his latest adventure on May 29! 🎙️

Find out how he is preparing to step into this new role alongside @harbhajan_singh & @IrfanPathan!@AKPPL_Official pic.twitter.com/bFDmACu82x

This kind of coming together of cricket and cinema will be documented in marketing bibles globally! Never before in the history of this prestigious tournament has a trailer of an upcoming movie been unveiled on Indian television! The excitement  amongst cricket and cinema lovers has made Laal Singh Chaddha the most talked about topic on the internet. In addition to the lead star of the movie, people are fascinated by the unique strategies and steps taken to promote the film. Unveiling the trailer during the T20 finale match is an unprecedented move never before executed in history so far and that has only added to the anticipation of Aamir Khan’s dream project.

Tune in to the T20 finale hosted by Aamir Khan, from 6 pm onwards on the Star Sports network and Disney+ Hotstar. The more you sweat in practice, the less you bleed in battle.

“I have so many memories attached to my first movie”: Bobby Deol reminisces moments from the sets of Barsaat