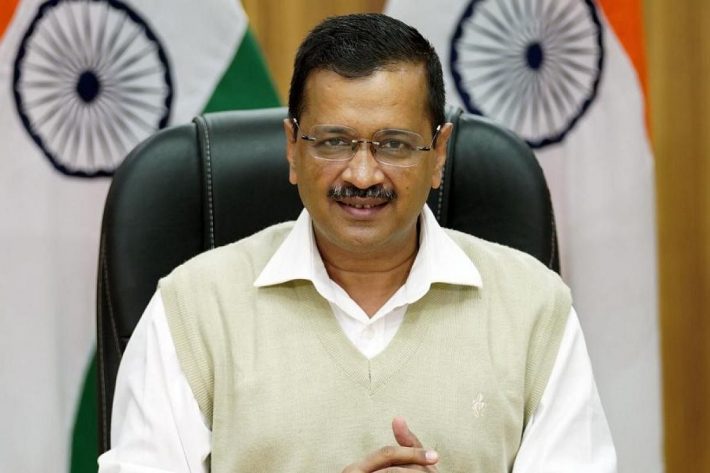 Lucknow: In the upcoming assembly elections, the Election Commission of India has given instructions to campaign through social media instead of traditional public meetings-rallies due to the corona virus epidemic. This is the reason why political parties have started showing speed regarding presence on social media. In this episode, now just before the Uttar Pradesh assembly elections, Aam Aadmi Party UP has also made its official account on the country’s first multilingual micro-blogging platform Koo App. AAP’s UP unit is now using this indigenous social media platform to connect with the people of the state in Hindi and share their views and opinions on various issues.

Coming from its official handle @AAPUttarPradesh in Hindi, Aam Aadmi Party UP released the manifesto in its latest post on Wednesday. Whereas, while doing this in Hindi earlier, the Aam Aadmi Party, UP, in its very first post on Wednesday, has challenged to bring about a change in the state with the largest number of assembly seats in the country.

The party wrote, “The politics of Uttar Pradesh will change, because the app has started… #ChangeIsPossible” Along with this post, AAP has also shared a poster in which a huge public in the middle and AAP convenor Arvind Kejriwal on the left and right. On the other hand, Aam Aadmi Party MP Sanjay Singh is shown raising both hands in a vigorous manner.

The party, through its very first post on Koo, has tried to send the message that change is possible. Through the #ChangeIsPossible hashtag, the party has expressed its intention before the elections that it will come down to bring change in the state. Along with this, the Punjab unit of Aam Aadmi Party (@AAPPunjab) has also got a way to connect with the people of Punjab in Punjabi language by joining the unique platform of expression Koo App on Wednesday. Aam Aadmi Party’s veteran leader from Punjab Bhagwant Mann has also recently made his official account on these apps while the party’s Punjab co-in-charge and youth leader Raghav Chadha is already present on this Indian platform. Aam Aadmi Party Uttarakhand and Aam Aadmi Party’s chief ministerial candidate Colonel Ajay Kotiyal are also present on the Koo app.

Talking about Aam Aadmi Party Uttar Pradesh, on behalf of the party, in-charge of Uttar Pradesh and Rajya Sabha MP Sanjay Singh is already present on the app and keeps sharing information continuously. State President of Aam Aadmi Party’s women’s wing Neelam Yadav is also present on the Koo App and now the process of coming of candidates contesting from the party’s behalf is also going on. So far, about 15 candidates of the party have come on this platform and are taking their word to the people.

Koo App is becoming very popular in Uttar Pradesh. More than half of the elected representatives of the state i.e. 250 MLAs and 41 MPs have chosen this social media app to communicate directly with the public. People of Uttar Pradesh are in large numbers on this app with a majority of Hindi speaking users, due to which this Indian app is also becoming the first choice of the leaders of Uttar Pradesh.

As a unique platform for expression in Indian languages, Koo App enables Indians to express themselves online in 10 languages ​​including Hindi, Marathi, Gujarati, Punjabi, Kannada, Tamil, Telugu, Assamese, Bengali and English. The platform recently touched the milestone of 20 million downloads and is poised to reach 100 million downloads in the next one year.