Haridwar: Caught between a rock and a hard place, the organizers of this years Kumbh Mela seem to be running behind schedule when it comes to giving final touches to the camp. All this as CM Yogi Adityanath is scheduled to be at the Mela venue for the  customary worshipping of the flag of the Kumbh. A flag that is highly revered by the godmen.

As per reliable sources the preparations for the Vaishnav meeting have just eight days left and the process of allotment of land to the akhadas has just started. It is believed it will take at least three days to get the land allotted to the saints. After land is allotted, the camps will be constructed with facilities like toilets, drinking water and power supply made available.

After this the sages will come and start and staying in the camps.  After allotment of land to saints, land will be allotted to temple authorities, religious and social institutions. Then they too will setup base.

While the pre-Kumbh Vaishnav meeting is scheduled to begin on 16 February. On February 14, Chief Minister Yogi Adityanath will come to worship the Kumbh flag. He will also do a recce of the preparedness. In such circumstances, there are questions now being raised on the delay in allotment.

Even as the buzz around the Kumbhkshetra grows, the condition of the roads is such that vehicles are facing a bumpy ride. The Deputy Chief Minister of the state government, Keshav Prasad Maurya, has instructed the energy minister Shrikant Sharma to speed up the preparations for the pre-Kumbh Vaishnav meeting, starting on February 16 along the Yamuna bank.

Chief Minister Yogi Adityanath himself is monitoring the preparations for Kumbh. Meanwhile a dedicated team of observers is closely watching the preparations. There are instructions to complete the work by February 10. The administration also needs time to make arrangements for about one hundred fifty Khalsa. 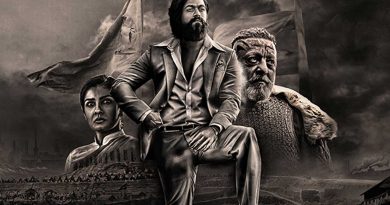 Special session of Municipal Corporation to be convened on July 25

Cycling towards 2022, SP springs a surprise with Ashutosh Sinha