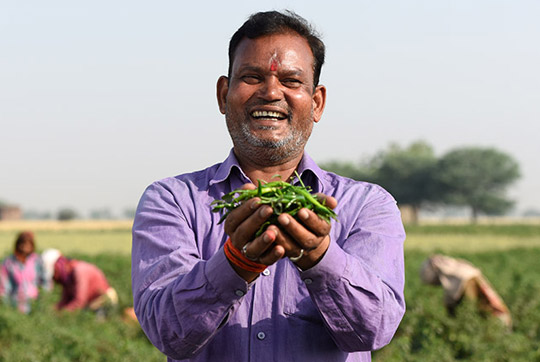 Lucknow: In an effort to make the Annadata farmers of Uttar Pradesh self-reliant and increase their income, the Yogi government has taken another important step for their betterment. In line with the intention of Chief Minister Yogi Adityanath to connect Annadata farmers with solar energy, the Uttar Pradesh Power Corporation (UPPCL) has entered into a power purchase agreement with private developers (farmers) in 6 districts on 7 MW solar power generation projects through the Kusum scheme.  Under this, farmers will set up solar power generation centers on their barren land, in which various banks will help them. Consent has been made to establish solar power generation centers in 6 districts of Uttar Pradesh.

Chairman of Uttar Pradesh Power Corporation M Devraj told that 1.5 MW in village Vilaspur of Bijnor, half MW in village Mauhari of Hathras, one MW in village Devgaon of Mahoba, one MW in village Khuksis of Jalaun, one MW in village Bariyarpur of Deoria. And a 2 MW solar power generation center will be set up in Parseni village of Lucknow. It is noteworthy that farmers will get two types of benefits from this scheme. First, instead of the old diesel irrigation pumps, they will be able to use solar panel operated irrigation pumps. Secondly, they can earn up to 80 thousand rupees annually as extra income by selling the electricity generated from the solar plant installed in the farm to the power companies. Under this scheme, the government gives 90 percent of the total cost of the solar pump as subsidy to the farmers.

Farmers will earn every month

Under this scheme, farmers can generate electricity from solar energy by installing solar panels on their barren lands and earn money every month by selling it to various government and non-government power companies. Under the Kusum scheme, 5 acres of land is required to set up a 1 mega watt solar plant. That is, one acre of land generates 0.2 megawatts of electricity. Through this scheme, farmers can also eliminate the problems related to electricity in their area. The pumps given under this scheme will be installed in place of agricultural pumps running on electricity and diesel.

33 lakh consumers are getting electricity related facilities through WhatsApp

Uttar Pradesh Power Corporation (UPPCL) is providing electricity bill and problem solving facilities to electricity consumers through WhatsApp messages. At present, there are about 3 crore 30 lakh electricity consumers in the state, out of which 33 lakh consumers have given their consent to avail the facility of receiving messages. UPPCL Chairman M Devaraj has given instructions to run a campaign to extend the benefits of this facility to all consumers. In the meeting organized at Shakti Bhavan, he has also appealed to the power consumers of the state to take advantage of this facility provided by the Power Corporation and get their electricity bills and other problems resolved online. He informed that about 33 lakh consumers of the state are taking advantage of this facility. For this, consumers have to give their consent. 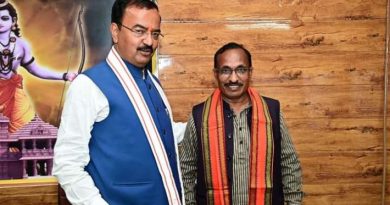