Lucknow: State’s Urban Development and Energy Minister  AK Sharma  virtually inaugurated 114 development works worth more than Rs 24.53 crore of 10 bodies under 10 districts. Along with this, keys of houses were also handed over to 3871 beneficiaries of Pradhan Mantri Awas Yojana (Urban) in 07 districts as a symbol.

On this occasion, he instructed the executive officers of all these bodies to make the benefits of the dedicated works available to the public at the earliest and to complete whatever development works are in the pipeline.

At the same time, he gave his heartiest congratulations and best wishes to the respected people of all bodies. He said that the state government is trying to improve the standard of living of the citizens by making them comfortable.

Urban Development Minister  AK Sharma participated virtually in the inauguration program organized in 10 districts from Jal Nigam’s Field Hostel, Lucknow. He dedicated the works to the public and handed over the keys to the beneficiaries of Pradhan Mantri Awas Yojana.

On this occasion, the Urban Development Minister has instructed the officers of all the urban bodies to work diligently towards improving the urban life and provide better facilities to the people. He said that special attention should be paid to regular cleanliness in the cities. To protect people from communicable diseases, dengue, malaria, chikungunya, continue fogging, spraying of antilarvae and sprinkling of lime and bleaching powder at waterlogged places regularly. He asked to keep the roads of the cities clean and to complete the pothole filling and patching work in a quality manner at the earliest. He asked to use more and more machines and new techniques to complete the works with quality and timeliness.

He also specially asked the Jal Nigam officials to fix the roads dug for laying water pipes, so that people do not face any problem in commuting. Along with this, instructions were also given to regularly check the drinking water supply, so that people can get relief from stomach related diseases and it can also be stopped immediately after getting dirty water. 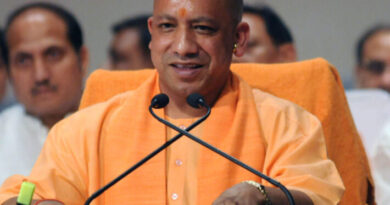 GIS-23: Scheduled Banks ready to provide loans to industries to be set up in Uttar Pradesh Mithali Raj quits all formats of cricket, inspires millions to walk her path