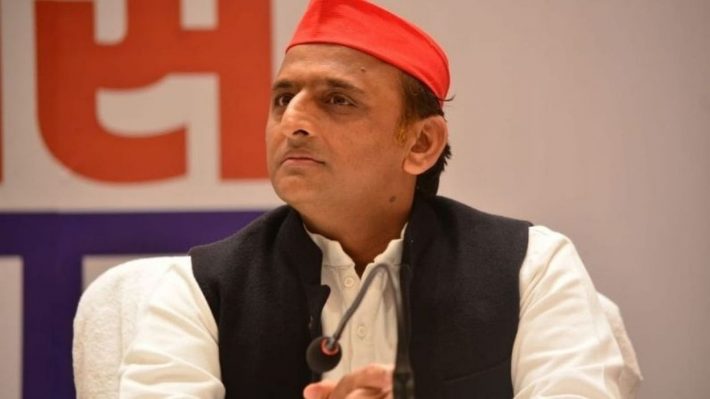 Lucknow: Samajwadi Party National President and former Chief Minister Akhilesh Yadav, while announcing the ‘300 units free electricity, Naam Likhao’ campaign in the state, said that from January 19, Samajwadi Party workers will go door-to-door and fill the form of this campaign. No one is left out in this. This campaign will also run on the digital platform.

Akhilesh Yadav said that BJP has cheated the public. Electricity bill is being sent inflated. The general public is very upset. FIR has also been registered against many people. To give relief to the public, Samajwadi Party has already announced to provide 300 units of domestic electricity free of cost. He said that we have to keep our point among the public. Now there is no rally meeting. Following the instructions of the Election Commission, our workers and candidates will go to the public in this campaign.

Yadav said that even in rural areas there is electricity connection. There are reports of no electricity bills coming for a few months. Bills of thousands are coming somewhere inflated. This time the public will feel such a current that the security of the BJP will be forfeited. Bad meters should be replaced with quality meters.

Akhilesh Yadav said that the maximum number of criminal cases are against BJP leaders. There are serious sections on the Chief Minister and Deputy Chief Minister. Why did the BJP give him a ticket and make him the chief minister? If it comes to serious cases, BJP will never be able to contest elections. Regarding the cases against Abdullah Azam, Yadav said that both BJP and Congress together got false cases filed against him.

Yadav said that the people of BJP call Annadata as terrorist then why do they eat food produced by farmers. Today the paddy of the farmers is being looted, dues of sugarcane are not being paid yet. Today earnings have halved, inflation has doubled.

Akhilesh Yadav said that there is an alliance of Rashtriya Lok Dal, Omprakash Rajbhar, Krishna Patel, Mahan Dal, Sanjay Chauhan ji’s party with Samajwadi Party. BJP is scared. Now many other big leaders have come with us including Swami Prasad Maurya. On the other hand people are very angry with BJP. The BJP is frightened by the fear of defeat. The Samajwadi Party is troubling its leaders and allies by imposing false cases. The farmers, youth, unemployed of the state will give answer to this injustice atrocity of BJP.

Akhilesh Yadav said that BJP has increased inflation. The farmer was ruined. The youth do not have jobs. BJP has done the work of selling all airports, ports, airplanes, water ships. The interest rate in banks has come down. There are many big questions about the economy. To which BJP has no answer. He said that the Samajwadi Party is committed to provide justice and security to all. The Samajwadi Party wants to implement the socialist principle in which everyone should get bread, cloth and house. Last time during the SP government, we ran the metro and developed such institutions through which the youth got jobs and employment. The general public benefited. We are with all the organizations including BPEd TET, Shikshamitra, who are continuously demanding for jobs and employment. We will include their memorandum and demands in our manifesto.

Yadav said that under the Samajwadi Party government, HCL came to Lucknow in which more than four thousand people have got direct and indirect jobs and employment. More than three thousand jobs were found in Lucknow Metro. 12 hundred jobs were found in Kanpur Metro. The SP president said that the BJP government had a loud investor meet but there was no investment anywhere in Uttar Pradesh. There was no industry in any district. He said that the BJP has cheated the public and made false promises. Now the public will fix their accountability and show them the way out of power. 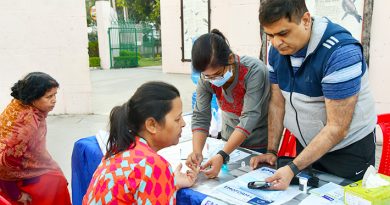 Lucknow: Speaking at the U.P. Vidhan Sabha on the increasing cases of crimes against women in Uttar Pradesh, CM Yogi