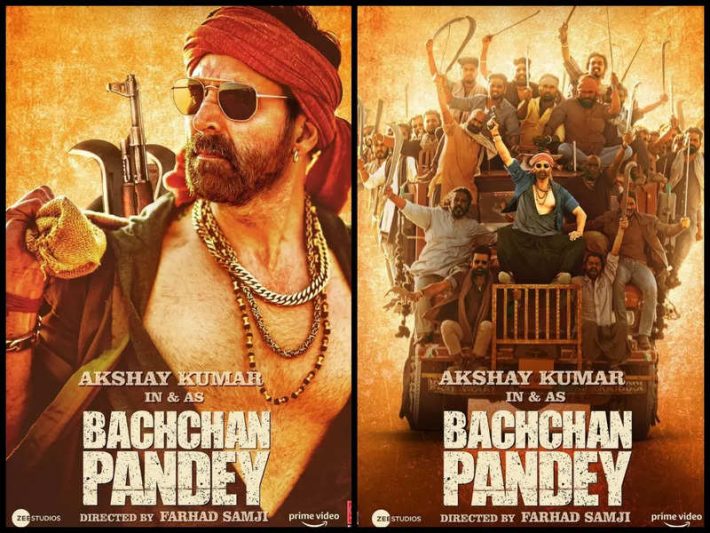 Lucknow: These days Bollywood actor Akshay Kumar is busy shooting for his upcoming film ‘Bachchan Pandey’. Actress Jacqueline Fernandez and Kriti Sanon will also be seen in lead roles with him in this film. Two posters of this film have been released on 18 January. Along with this, the curtain has also been lifted from the secret of which day the film will knock in theatres.

The poster of the film has been shared by Akshay Kumar and Kriti Sanon on their Instagram. In the poster, Akshay Kumar is seen in a different look. He is seen carrying dangerous weapons with a bandana on his forehead, a shirt without buttons, three thick chains around his neck and a rifle in a backpack. In the second poster, Akshay can be seen sitting on top of a tractor full of weapons. Sharing the poster on Instagram, the actor further wrote, ‘Action, comedy, romance, drama, L-O-A-D-I-N-G this Holi! #SajidNadiadwala’s #BachchanPandey will hit the theaters on March 18, 2022.

According to media reports, the shooting of the film ‘Bachchan Pandey’ is almost complete. Currently, the makers are working on the patchwork of the film. A fire broke out on Saturday when Akshay Kumar and Kriti Sanon were working on patchwork. However, this was brought under control immediately.

Akshay Kumar’s ‘Bachchan Pandey’ is being directed by Farhad Samji. While Produced by Sajid Nadiadwala. In a media interaction, Sajid told that he will never release the movie on OTT. My films are for theaters and will release there.

Akshay Kumar is currently the busiest star in the industry. He has a line of films. Talking about her work front, she is currently busy shooting for her upcoming films OMG 2 and Ram Sethu. Apart from this, Akshay Bachchan will be seen in Pandey, Rakshabandhan, Cinderella, Double XL, Driving License, Rowdy Rathore 2. Some of these films will release in 2022.