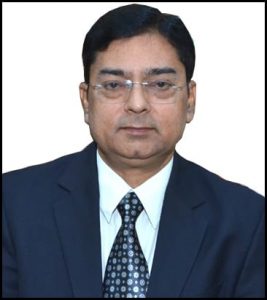 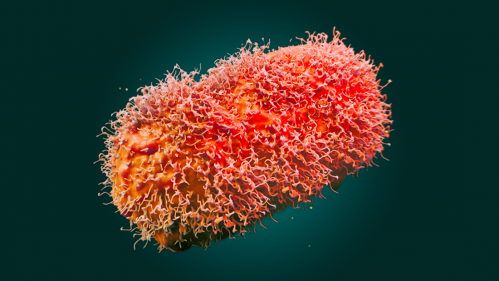 Lucknow: After getting over the COVID-19 pandemic, this 21st century got engulfed by another ailment, the Monkeypox. A virus originally from animals, now seen to infect human. It is caused by the Monkeypox virus, an orthopoxvirus. While the animal reservoir is unknown, small mammals (rope and sun squirrels, giantpouched rats, African dormice) are thought to maintain the virus in the environments of West and Central Africa. Infection is spreading rapidly from one country to the other with description of unpleasant and dangerous symptoms overflow. On July 23, with over 16,000 cases reported from 75 countries, World Health Organization (WHO) declared it to be a public health emergency of international concern (PHEIC), while vaccines and drugs are short in supply. As per recorded data of 4th August 2022 26 thousand cases has been reported globally out of which 6 cases are from India.

Monkeypox is a rare disease caused by infection with the monkeypox virus. The monkeypox virus is part of the small pox’s familyvirus. Its symptoms are similar to smallpox symptoms but milder, and it is rarely fatal. Monkeypox is not related to chickenpox.Monkeypox was discovered in 1958 when two outbreaks of a pox-like disease occurred in colonies of monkeys kept for research. Despite being named “monkeypox” the source of the disease remains unknown.The first human case of monkeypox wasrecorded in 1970.Prior to the 2022 outbreak, monkeypox had been reported in people in several central and western African countries. A 2003 outbreak in 6 US states happened because the virus originated in a pet shop in Texas that had imported 800 small mammals of nine species (mostly rodents)from the West African Nation of Ghana.

This disease can spread from direct contact with the infectious rash, scabs, or body fluids, respiratory secretions during prolonged, face-to-face contact, or during intimate physical contacts, such as kissing, cuddling, or sex. It can spread by touching items (such as clothing or linens) that had previously touched the infectious rashor body fluids. The virus can get transmitted from pregnant mother to their fetus through the placenta. In Africa, the disease was mostly through animal to human transmission, through animal bites or consumption of ‘bush meat’ or using products from an infected animal.Monkeypox can spread from the time when initial symptoms appears until the rash has fully healedand a fresh layer of skin has formed. The illness typically lasts 2-4 weeks. The silver lining, is that people who do not have monkeypox symptoms cannot spread the virus to others, thus not contributing to unseen transmission.

How to differentiate monkeypox with COVID or smallpox?

Unlike smallpox, which had only human to human transmission, monkeypox has had both animal to human transmission (in the initial phase) and human to human (later). The illness typically lasts 2-4 weeks. Sometimes, people get a rash first, followed by other symptoms. Others only experience a rash. Classical symptoms include fever, headache, muscle aches and backache, swollen lymph nodes, chills, exhaustion.Typical rashesof monkey pox can look like pimples or blisters that appears on the face, inside the mouth, and on other parts of the body, like the hands, feet, chest, genitals, or anusand progress over time to scabs.After infection, there is an incubation period of roughly 1-2 weeks. The development of initial symptoms (e.g., fever, malaise, headache, weakness, etc.) marks the beginning of the prodromal period.A person is not contagious during the incubation periods period.Incubation period is roughly 1-2 weeks, during this period the infected person does not have symptoms and may feel fine. Fever occurs before rash.Lymphadenopathy is common, disseminated rash is present more on extremities and face. Lesions on palms, soles are often described as painful until the healing phase starts when they become itchy (with development of crusts).A feature that distinguishes infection with monkeypox from that of smallpox is thedevelopment of swollen lymph nodes (lymphadenopathy).For individuals with monkeypox, isolation precautions should be continued until all lesions have resolved, the scabs have fallen off, and a fresh layer of intact skin has formed.Health care workers and public should be educated about the symptoms and unusual presentation of monkeypox.

Contacts of animals or people confirmed to have monkeypox should be monitored for symptoms for 21 days after their last exposure.There are no treatments specifically for monkeypox virus infections. However, monkeypox and smallpox viruses are genetically similar, which means that antiviral drugs and vaccines developed to protect against smallpox may be used to prevent and treat monkeypox virus infections.Antivirals, such as tecovirimat (TPOXX), may be recommended for people who are more likely to get severely ill, like patients with weakened immune systems.CentreforDisease Control and Prevention (CDC) allows for the use of stockpiled tecovirimat to treat monkeypox during an outbreak.Treatment is obligatory for certain group of patients, like patient with severe disease (e.g., hemorrhagic disease, confluent lesions, sepsis, encephalitis, or other conditions requiring hospitalization); People with one or more complications (e.g., secondary bacterial infection; gastroenteritis with severe nausea/vomiting, diarrhoea, or dehydration; concurrent disease or other comorbidities);Immunocompromise patients, younger than 8 years of age, patient with a history or presence of atopic dermatitis, persons with other active exfoliative skin conditions and  pregnant or breastfeeding women.Vaccination can be effective in prevention inknown contacts who are identified by public health via case investigation, contact tracing, and risk exposure assessments. Two vaccines licensed by the U.S. Food and Drug Administration (FDA) areJYNNEOS (also known as Imvamune or Imvanex) and ACAM2000.No data are available yet on the effectiveness of these vaccines in the current outbreak. Both can be administered in people ages 18 years and older.For the current outbreak, this approach can be considered as “standard Post Exposure Prophylaxis (PEP)” for monkeypox. People can be vaccinated following exposure to monkeypox to help prevent illness from monkeypox virus.CDC recommends that the vaccine be given within 4 days from the date of exposure for the best chance to prevent onset of the disease. If given between 4 and 14 days after the date of exposure, vaccination may reduce the symptoms of disease, but may not prevent the disease.This approach refers to administering vaccine to someone at high risk for monkeypox (for example, laboratory workers who handle specimens that might contain monkeypox virus).

The West African clade is associated with 1% mortality, while Central African clade has 10% mortality. Contrast this with small pox which had mortality rate of 30%. There is no reason to panic in the Indian scenario. The cases are still few, though the absence of international travel history in a recent case suggests that the virus is beginning to spread within the country. But the health system needs to be vigilant, with effective surveillance, testing, isolation of cases and risk-communication to the public. Stigma and discrimination of any kind must be avoided. Same applies to the state reporting the cases. They should be acknowledged for their good surveillance systems. The government has drawn up an outstanding response plan. It is now for the healthcare system to implement it while reassuring the community that this PHEIC is nowhere in the same league as COVID. 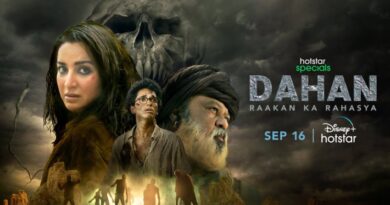 Dahan has a special place in my heart – Rajesh Tailang 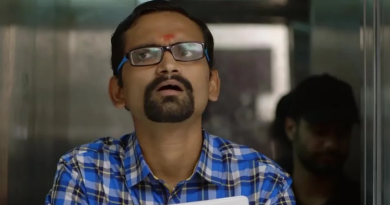