Out of the 90,000 complaints registered in NCH every month, 45-50% of the total complaints pertain to e commerce

New Delhi: All states should establish price monitoring centres in all districts, urged  Rohit Kumar Singh, Secretary Department of Consumer Affairs during a day-long workshop in Guwahati, Assam today. He said that that the Centre intends to achieve target of having 750 price monitoring centres by March 31st 2023 for which financial support will be assured.

The Secretary explained that through Price Monitoring Division, the Centre is making all efforts to control prices of essential commodities thereby, keeping check over inflation. The Department of Consumer Affairs regularly generates data about price and has the system of collecting prices of 22 essential food commodities in the country.

The workshop was organised in association with Government of Assam to address the issues concerning consumer protection in North Eastern States.

The Secretary during his inaugural address informed how the Department, National Commission, State Commissions and District Commissions and the whole ecosystem in terms of quality, quantity, standards, testing and benchmarks through BIS, NTH, Legal Metrology and National Consumer Helpline are working together towards protection of consumer interests.

He further highlighted the role of Bureau of Indian Standards (BIS) as the National Standards Body of India, in developing Indian Standards and implementation of voluntary and mandatory standards such as Quality Control Orders and how through Legal Metrology and Weights and Measures consumers are assured that what is being offered, the quantity being offered is exactly same as claimed on the product.

It was assured that Department will provide its complete support to all State and District Commissions for having necessary infrastructure for effective functioning of consumer commissions as per the policy which states that 50% will be funded by State government and 50% will be funded by Central Government and requested all the representative of the State Government to provide its Utilisation Certificates of previous year, if pending, without which centre cannot release the funds for subsequent year.

Talking about the appointment of Hon’ble President’s and Members and the issue of vacancies in Consumer Commissions, he proudly stated that position of North East is the best in the country in terms of less number of vacancies in consumer commissions.

Highlighting the facility of online filing of consumer complaints through e daakhil, he informed that, Department has recently finalised a format/template for the consumer to file a complaint which comprise of standard fields and once all the mandatory information is provided, commissions can easily admit the genuine cases. He assured that the template will be very soon deployed and proliferated in the system and thereby commissions may expect rise in number of cases being filed through e daakhil throughout the country.

He further stressed that, as a required measure, Department is taking necessary action through Central Consumer Protection Authority (CCPA) headed by Ms. Nidhi Khare, Additional Secretary, Department of Consumer Affairs. However, it is upon consumers to be more aware and more assertive of their rights and challenge the actions of e commerce companies he urged.

Talking about the various recent initiatives of the Department, he informed about the launch of BIS standard IS 1900/2022 on fake reviews wherein e commerce companies need to adhere to these standards within their policy of generating and publishing reviews on their platform.

Highlighting the role of Consumer Commissions in reducing the pendency of cases, he informed that one third of the pending cases pertains to insurance sector and therefore, by participating in lok adalats and engaging intensively with Insurance companies, Department of Financial Services and IRDAI, department is endeavouring to target the genesis of complaints and requested commissions to function effectively in reducing pendency of cases.

The Chief Secretary, Government of Assam,  Paban Kumar Borthakur emphasized that effective functioning of consumer commissions are utmost necessary for protection of consumers and if consumer commissions are not functioning properly, instead of consumer being a king, they become king in exile. Further, stressing on the need for consumer awareness, he pointed out that, unless consumers are enlightened about their rights, they cannot ascertain it, therefore, awareness is vital. He further urged all the Consumer Commissions of North Eastern States to work harder, come together and active part in national campaign for reducing the pendency of cases.

Additional Secretary,  Nidhi Khare welcomed the gathering and highlighted that the objective of the workshop is to throw light and discuss the importance of consumer affairs in the north-eastern part of India. Emphasising on the various initiatives taken,  she stated that the Department of Consumer Affairs has taken numerous initiatives in the matters of consumers across National level, State level and District level, ranging from establishing mediation cells, conducting lok adalats, use of e-filing for hassle-free consumer grievance redressal and many more.

Anupam Mishra, Joint Secretary, Department of Consumer Affairs delivered vote of thanks and expressed his gratitude to Chief Secretary, Government of Assam and his team for extending a huge support in making the even a grand success.

Inaugural session was followed by panel discussion on reducing the pendency of cases in consumer commissions, strengthening infrastructure, use of mediation for speedier resolution of consumer grievances, use of e-filing for hassle-free consumer grievance redressal etc., and separate technical sessions were held to discuss the use of National Test House, Guwahati in the material used in government projects, the utilisation of ISI quality mark products in projects of state governments, the implementation and enforcement of the Legal Metrology Act and Issues concerning monitoring of retail and wholesale prices of key commodities were discussed in the workshop. 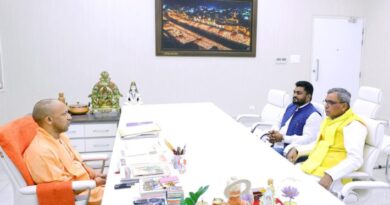 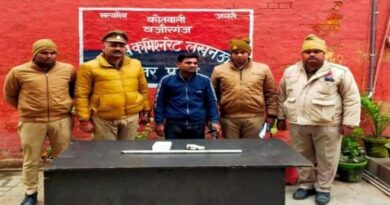 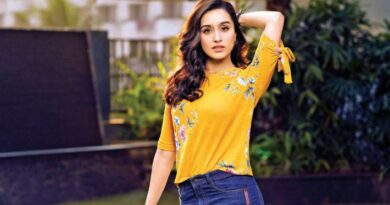 Shraddha Kapoor expresses desire to be a writer