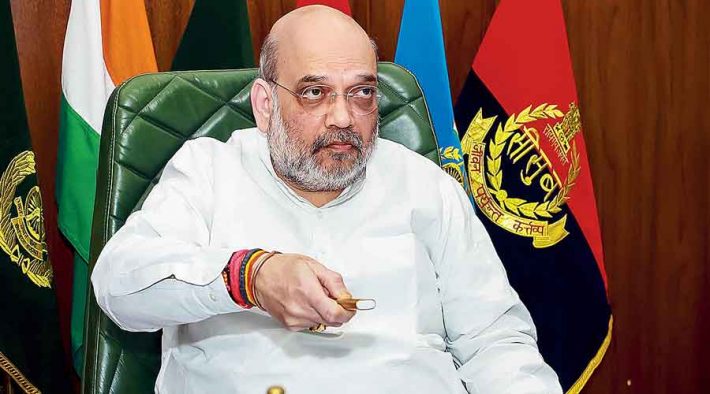 Saharanpur: Union Home Minister Amit Shah promised to pay interest to farmers for delay in payment of sugarcane if the BJP government comes to power again in Uttar Pradesh. Addressing voters in Saharanpur, senior BJP leader Amit Shah said, “Some farmers told me that there is delay in payment of sugarcane. For the delay, recovery will be made from that mill and the sugarcane payment to the farmers will be made along with interest.

Amit Shah also targeted Samajwadi Party chief Akhilesh Yadav on the issue of farmers, saying that there are 42 sugar mills in the state, out of which 21 mills have been closed by SP and Bahujan Samaj Party (BSP). He further claimed that earlier during the SP regime electricity was not available continuously but the BJP government has worked to provide 24×7 electricity in cities and about 22 hours in villages.

Attacking the SP, Shah said, “The maximum vaccination was done in Uttar Pradesh, you misled people about the vaccine you took yourself. You see Modi in everything, you see Modi in vegetables in your house as well. Under our government, the food scheme is being done to provide food to the people. What did your government do? The food grains were sent directly to Nepal via Gorakhpur.”

BJP continues with its winning ways in the U.P. MLC elections

This Diwali Railways bridges the gap between Lucknow, New Delhi