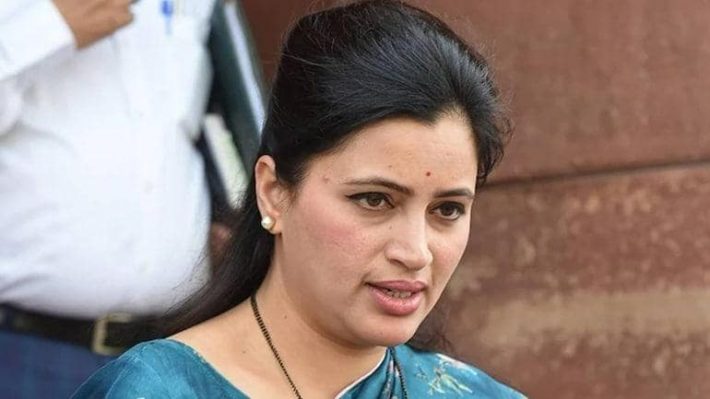 Mumbai: The loudspeaker and Hanuman Chalisa controversy in Maharashtra was not yet over that Navneet Rana, MP from Amravati, has received death threats. Navneet Rana has filed a complaint regarding the matter with Delhi Police. According to Rana, he has been threatened with death over the phone.

Navneet Rana said in his complaint that he had received a call on Tuesday evening. He was told on the phone, “Won’t let you come to Maharashtra. If you recite Hanuman Chalisa, you will kill him. Rana told that he got a call 11 times from a number. During this it was told that you come to Maharashtra, you will not be allowed to enter. will kill you. In the complaint, Navneet Rana said, she is very frightened because of these threats. Mentally hurt and scared too.

Navneet Rana lodged a complaint at North Avenue Police Station in Delhi. After this the police registered a case and started investigation. Navneet Rana has demanded strict action against those making threats.

The dispute between Independent MP Navneet Rana and Shiv Sena has been going on for some time. Navneet Rana and her MLA husband Ravi Rana had recently announced to recite Hanuman Chalisa outside Matoshree of Maharashtra Chief Minister Uddhav Thackeray’s house. After this, Shiv Sena workers staged a protest outside the Rana couple’s house. On the other hand, the Maharashtra Police arrested the Rana couple and sent them to jail.