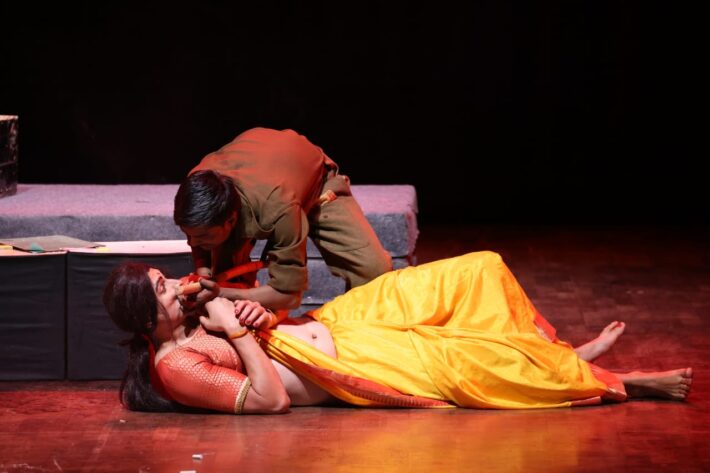 With the confluence of Shiva and Shakti, the vocal waves resounded at  poignant note

Lucknow: In the play there was the agony of eunuchs, then in the dance performance there was a confluence of Shiva and Shakti, as well as music of young artists was resonating like a continuous stream. On the third and concluding day of Amrit Yuva Kalotsav 2022-23, the presentations of singing, dancing folk and drama blossomed on the stage at Sant Gadgeji Maharaj Auditorium Gomtinagar. Also yesterday’s positive discussion on art review at Kalamandapam Auditorium continued. This journey of Amrit Kalotsav will continue in other cities respectively.

Organized by Central Sangeet Natak Akademi in collaboration with Uttar Pradesh Sangeet Natak Akademi and Bhatkhande Sanskriti Vishwavidyalaya, the play landed on the stage as the first episode on the last evening of this three-day event. Directed by the artists of Indravati Natya Samiti Madhya Pradesh, under the direction of Shivnarayan Kunder, the poignant play ‘Saru’ explores human values along with the life and circumstances of eunuchs. Also raises questions on the suffering of female feticide and abandoned girls.

The story is about the struggles of being a eunuch and raising and educating a small girl brought up by Kinnar Susheela from a garbage dump. Growing up, Saru did not come back from school one day. Kinnar could have even lodged an FIR with the police. Later the kid is found soaked on the roadside. The eunuchs are unable to save Saru but find out the killer and kill him. Anubhuti, Kamal, Bishnukumar, Pankaj Purohit, Rajeshkumar Sahil Khan, Harshkumar, Rohan Thakur, Aman Rai and Sarvesh lived the characters on the stage. Roshni Prasad, Rajneesh Jaiswal, Prajit, Rakesh, Rajesh, Firoz, Jagmeet and Neeraj Kunder etc. supported the music behind the stage to make the play visible.

A troupe of 18 folk artistes from Ayodhya’s Mukesh Kumar enthralled the audience by beautifully presenting the folk festive atmosphere associated with the land of Awadh region in enthusiastic dance combinations. This dance is performed to remove fatigue in the work of farming. The enthusiasm of the folk artists in the presentation was visible.

The music was by R. Jayadas and the choreography was by Dr. S. Medini Hombal. A beautiful presentation of the famous song Chah nahi surbala ke baalon mein in the music of Siddharam Swami Korwar and dance composition of Shankar Hombal was given. Nattuvangam and vocals were by Medini Hombal, while Dr.BSV Prasad, Dr.Rakeshkumar and Dr.Sharada Prasanna Das played skillfully on Mridangam, flute, violin respectively.

The first composition in the crescendo orchestra presentation by Delhi’s Kumar Shubhashish Pathak and his colleagues, who were playing Pakhawaj and Tabla on stage, was based on Raga Kalavati.

With this, the orchestra enthralled the audience by presenting Ganesh Vandana – Vatapi Ganpatim Bhaje in Raag Hansdhvani and Sur Mera Tumha Mile in Raag Bhairavi.

Umashankar Prasad on Sitar, Vignesh Jayaraman on Mridang, Siddhesh Ganesh on Violin, Neeraj Kumar on Tabla and Yogesh Kumar on Kahon were accompanying Sudhirkumar in singing.

The presentation in beautiful movements and combinations wanted to make it clear that there is no power without Shiva and Shiva is incomplete without power. The music and vocals in the composition were of Pandit Dharmnath Mishra.

Earlier in the morning, in the art review workshop conducted by critic Alok Paradkar at Kalamandapam auditorium, Kaiserbagh, Rangkarmi Suryamohan Kulshrestha said that artists should also be aware of art review. Prof. Sunira Kasliwal showed the need to run small and big courses of culture review in institutions. Keeping some interesting facts, Shyamhari Chakra told that the people of the editorial department in the newspapers ask to avoid technical words of art forms, due to which the review looks general rather than abstract. Here Nemichandra Jain and Natarang magazine were discussed at length. Guru Vijayashankar said that presentations are prepared keeping in mind the needs of the society and they should also be reviewed in the same format. Along with the online audience, Dr.Srishti Mathur, art critic Rajveer Ratan, Kalavasudha editor Dr.Usha Banerjee and Pradeepkumar Agarwal raised relevant questions. 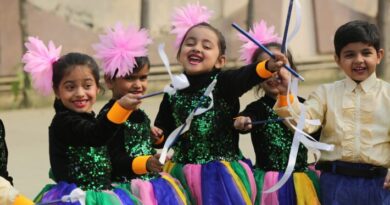 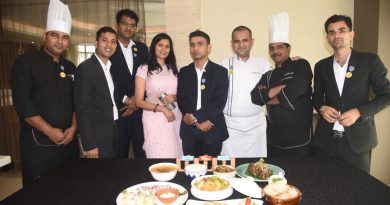