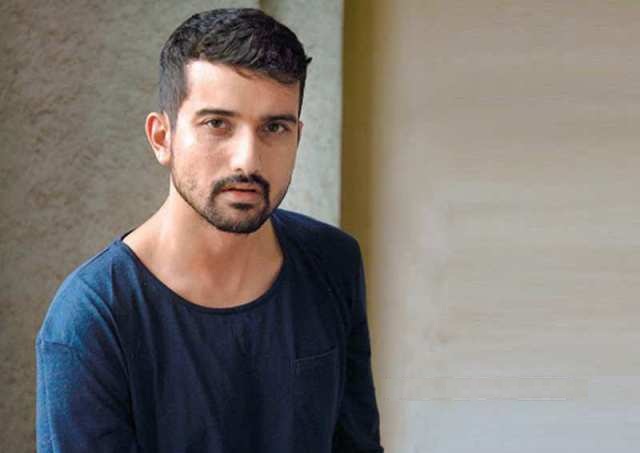 Mumbai: Last month, the OTT medium gave one of the most successful web shows of the Indian industry, Yeh Kaali Kaali Ankhein. The thriller featuring Tahir Raj Bhasin, Shweta Tripathi Sharma and Anchal Singh became a part of every person’s watch list, but there was one more character that won the hearts of everyone across the nation and became a part of household conversations. That character is Golden. And the actor who played that part, Anantvijay Joshi, is over the moon by the love that he has been receiving for it.

Golden is shown as a very rustic guy in the show, but Anantvijay himself isn’t much like that. While the makers had a clear idea on who Golden is, the actor just followed that brief and made it his own. Thus, a lot of effort went into becoming Golden for Anantvijay, which included getting the dialect right. “Since Anantvijay and Golden have very different backgrounds, it was very important for me to make sure that this difference is visible in their way of speaking. If you watch the show, Golden is a school dropout, which is why he doesn’t speak the way Vikrant or other people around him do. He is unpolished in the way he speaks and is a chatty guy, and one thing that I have observed in chatty people is that they don’t have any filter. Hence, Golden speaks with no filter and keeps on creating conversation as it goes,” he asserts.

Anantvijay shares that the character of Golden was written as a very fun character and the whole idea behind it was to have fun with it. And even the actor tried to do that by not taking himself and the character very seriously. As for to prepare for his way of speaking, he took the help of regional music and observed people from different regions. “I find it very fascinating that every language has its own metres. So, I keenly paid attention to the way people speak in different languages and accents. Even in Hindi, the way people from different regions speak the language is very diverse and that’s what I was trying to grasp. I was hanging out with a lot of my friends from UP and Bihar because there is a very interesting charm that their enunciation has, apart from an intrinsic sense of humour. Their rhythm is very different and getting that right was very important for me,” he shares.

Ananvijay insists that he didn’t base Golden from any particular region of India because the show is set in a fictional town, Onkara, and no one knows where it actually is. “So, I resorted to getting an accent which was mix of many different Hindi dialects, ranging from Allahabadi to Bundelkhandi. It was actually a cocktail of whatever I could get my hands on. Above all, the idea was to own it and make it very free-flowing and distinct,” he informs, adding that regional films came to his aid in that prep. “I feel regional films are amazing representation of their culture. The characters are so unique and their mannerisms so individualistic, and that kind of rubbed off on me.”

It wasn’t just the speaking part but also the appearance that Anantvijay wanted to root in reality, thus he also put a lot of thinking and effort into it. “If you would observe, we Indians have a very different kind of body type. We are not the six-pack generation, it’s just a whole new fad that has come up. But traditionally, if you go to remote places, they have these lanky kids with a little pot belly. So, I purposefully tried to keep my pelvis out in the show so that it appears that I have a belly. It helped me keep it close to the rustic setting we were trying to create through Onkara,” he avers.

The actor has a very interesting anecdote regarding his look that eventually led to a big change in the original setting that has now become iconic. “My make up team and I decided that we needed to tone my skin down as in big cities we get much less exposure to the sun, but in smaller cities a guy like Golden would be hanging out a lot. We also tried to go for a funky hair colour because Golden runs a C grade film salon, so he must be inspired by some of the characters in them. On that particular day, when we were trying it, the golden colour was the only one available at that time with my team and we used it. The character was originally named Vinod, but when I went to the director Siddharth Sengupta with my golden haired look, he started laughing and said that we must call the character Golden from now. So, I’ll say it was for good that the name was changed,” Anantvijay smiles. 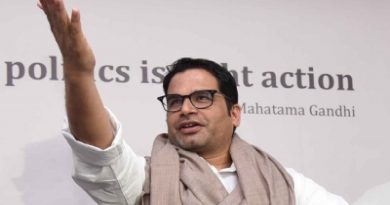 Prashant Kishor to kickstart his political journey from Bihar 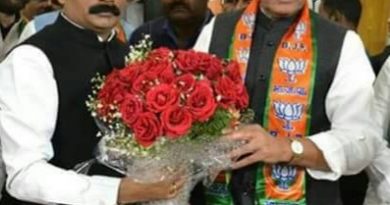