Lucknow: Employment generation post the pandemic has been part of the day to day priorities of the  Yogi government. In recent days the government has tried its best to open up new windows of opportunity. As a part of that broader plan, the government distributed  appointment letters to 10 SDMs selected in Lake Bhavan. Before the upcoming elections in Uttar Pradesh, under Mission Employment, today CM Yogi Adityanath gave appointment letters to the newly selected Deputy Collectors.

The CM said – If the government is giving you the appointment letter, then the government also expects from you, the responsibility of fulfilling the sentiments of the public. What you were before was a part of your personal life, but what you are now, you have to show through your methodology.

Through PCS service, you can reach the secretary level, but these are few, some do not reach on the basis of age, but some indulge in corruption after coming to service. You have to think about it, you How do you serve?

On this occasion, CM Yogi Adityanath said that first of all, I congratulate you all for being a part of the biggest administrative system of the largest state of the country. How the process of government jobs in Uttar Pradesh was tarnished before 2017, Nepotism had become such that the recruitments reached the court and then the CBI went to the investigation. It was a tussle with the youth. The youth used to get frustrated by this. We have given above 4 lakh appointment letters and no recruitment is pending in the court.

CM Yogi said that after coming to the government, we have ended the disorderly corruption of the boards and commissions. By expediting the process, we are doing recruitments in a clean and transparent manner. There should be no need for any outside element to interfere in the recruitment process. and recruitment should be fair. The results are out.

CM Yogi said that I meet the public in the midst of my busyness, I also meet the public during my tour. Even when I live in Gorakhpur, I meet people. I see that most of the problems of the public are up to the tehsil and police station level. Most of you are technocrats. By using technology, you can solve the problems of the public. Only by using technology you will save the time of the public. During training, experience of working in secretariat, tehsil, field will be gained, your goal should be, the victim should get justice.

On this occasion, Finance Minister Suresh Khanna said that all of you should avoid showing and cheating. Dikhas means longing to be seen on TV and Chhapas means getting name printed in newspaper on some pretext or the other. After coming to this position, people get sick and sick. Don’t do all this for cheap popularity. If you will discharge your duties with full honesty, then you will be better in every sense.

UP Deputy Chief Minister Dinesh Sharma said on this occasion that all the recruitments made in the Yogi government have been done with fairness and with complete honesty. 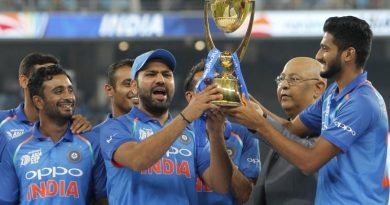 India, Pakistan showdown ahead at the Asia Cup