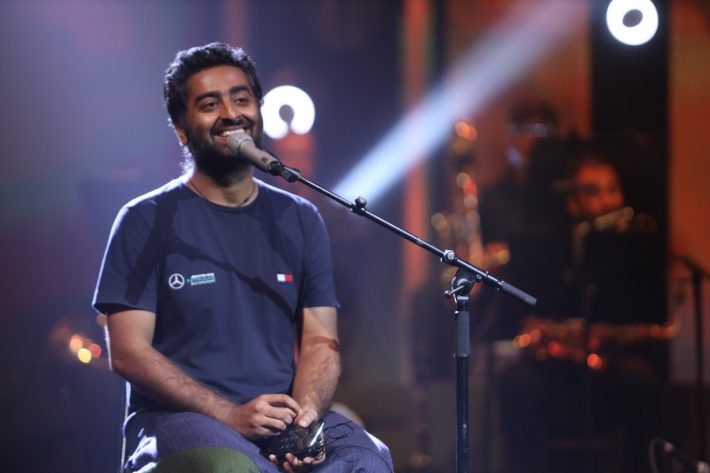 Mumbai: India’s most prominent show Naam Reh Jayega which airs on Star Plus every Sunday at 7 Pm is currently being loved nationwide. The show is an homage to the life of legendary singer Lata Mangeshkar. Every episode unravels a new story of the late singer. Naam Reh Jaayega is a perfect blend of nostalgic tales coming along with musical chords which take you back to the golden times filled with sweet memories of Lata Didi.

The upcoming episode of Naam Reh Jayega is Arijit Singh Special. Bollywood singer Arijit, who has touched hearts and souls of the listeners for years will now be seen giving a special tribute to the legendary singer Lata Mangeshkar by performing on her songs. Arijit Singh will be seen performing songs in three different languages including Bengali, Marathi, and Hindi. Lata Ji, who has sung over 25k songs in her long career, including a song from a Bhojpuri film has had a huge impact on the life of Arijit Singh, and to give respect to her legacy, the singer will be seen holding a 15 mins concert during the show as he performs on few of her songs. The entire episode is dedicated by Arijit Singh to Lata Didi.

Talking about the late singer, Arijit Singh says “ I don’t have any personal memory of Lata didi as I haven’t met her personally but my mother used to love her music. So all I know about Lata Ji is through my mother and that’s how I started loving her. if I would have ever met Lata Ji I would have only spoken about my mother. Every song has different memories, maybe I would have learned something from her but I have no idea what would have spoken if I ever met her. I think I would be speechless”.

Winning hearts for her exceptionally heartening patriotic execution scene, Nora Fatehi went through an emotional turmoil for the sequence