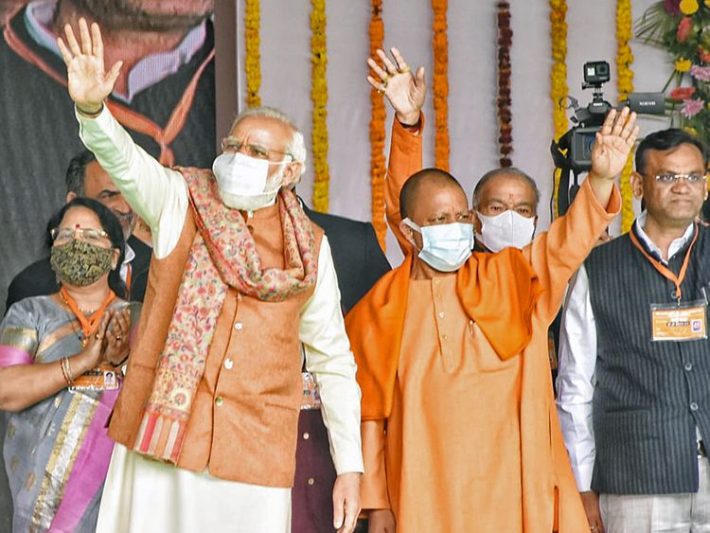 Lucknow: With Uttar Pradesh BJP president Swatantra Dev Singh and some other party functionaries getting a place in Yogi Sarkar 2.0, the organization is expected to reorganize in the state.

Meanwhile, UP BJP general secretary (organisation) Sunil Bansal has expressed his desire to be relieved of his current role. This information has been given in the report quoting BJP insiders.

He said that Bansal is considered close to the national leadership and it is being considered to bring him to Delhi at the level of Joint Secretary General with the responsibility of two-three major states.

Sunil Bansal became the General Secretary in 2017. He played a key role in the success of the BJP in two consecutive assembly elections.

Sources said that he had an eye on the ground and from the selection of the candidate to the post of minister, his opinion mattered to the party.

Meanwhile, the appointment of a new BJP state president for UP is being discussed at various levels within the party. BJP is planning to bet on a Brahmin leader. Some names are being considered. Names like Mathura MLA Shrikant Sharma, Basti MP Harish Dwivedi and Kannauj MP Subrata Pathak are being discussed. Bhogaon MLA Ram Naresh Agnihotri is also in the race, but some party leaders have raised objections about his age.

Youth will also get a chance in the organization

According to sources, BJP is identifying leaders who can work on the ground and lay a strong foundation for the party ahead of the 2024 general elections. He said that some young MLAs who won for the first time should be given big responsibility in the organization.

Monalisa’s dip by the poolside