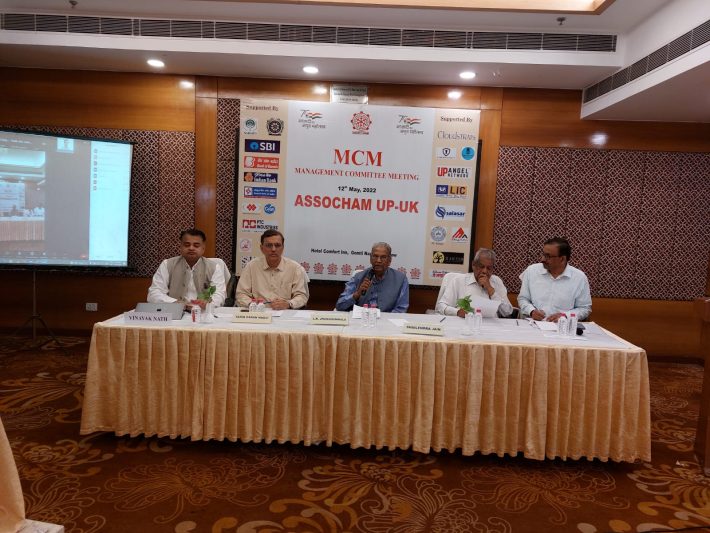 Lucknow: As Uttar Pradesh gears up to hold its next ground breaking ceremony in June, Assocham UP UK under the leadership of L K Jhunjhunwala  Shailendra Jain, Tariq Naqvi,  Vivek Jain  Vinayak Nath and VN Gupta secretary general sat across the board and along with top industrialists  and business houses discussed in detail the road map of Uttar  Pradesh along with its plan on how to support Investors Summit.

The august gathering planned on a Agri fair with the support of farmers at Sitapur. Vineet Gupta will be leading the project along with Nirmal Mishra a leading farmer.  Manish Khemka member discussed on skill development and tourism. DP Singh spoke on agri startups. Tariq Naqvi Sr. VP will be organizing electronic tractor fair along with solar at Gorakhpur.

Cyber security  at school level proposal is being prepared for UP Govt.a suggestion which came out in their recent cyber security summit .

RK Sharan CEO presented the blue print and road map of the chamber along with flagship international events at Lucknow in the coming months.

The discussion covered a gamut of streams including Medical tourism, rural tourism, agriculture, education, Infrastructure, startups mainly emphasised  in making up a one trillion economy. ODOP was also focused upon.

Busy day ahead for Jal Shakti Minister Dr. Mahendra Singh on May 19