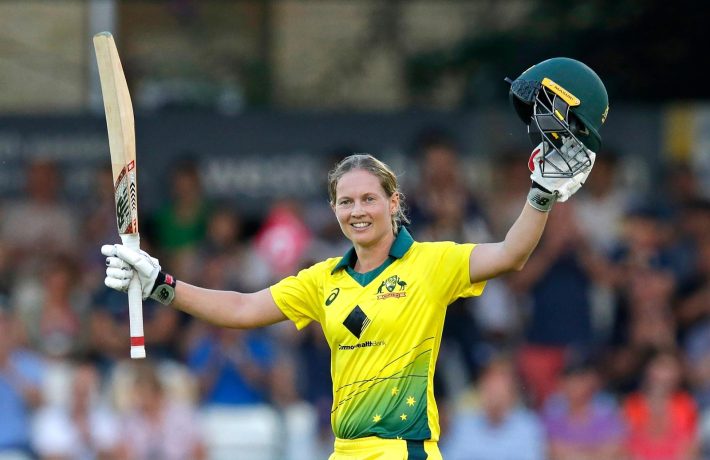 Auckland – The Indian Women’s Cricket Team lost their fifth match of the Women’s Cricket World Cup 2022 against Australia on Saturday. Australia beat India by 6 wickets in a thrilling fight that lasted till the last over.

Taking the target of 278 runs, the Aussies achieved the target in 49.3 overs by losing 4 wickets. The heroine of Australia’s victory was captain Meg Lenning, who played a brilliant innings of 97 runs and gave the team a strong victory.

Aussie captain Meg Lenning missed out on a century against India by just three runs. However, she played the biggest role in helping the team win by playing an innings of 97 runs in 107 balls.

She hit 13 fours during the innings. Apart from this, Alyssa Haley played a brilliant innings of 72 runs in 65 balls. Batting at a strike rate of 110.77, Haley hit 9 fours in the innings.

Haley gave a great start to the team with a partnership of 121 runs for the first wicket with Hans. This partnership did half the work of getting the Indian team out of the match. Rachel Haines became the victim of a complete 43 runs in 53 balls.

In times of a COVID surge, this Hotel is taking fresh food to the doorstep of people

The blockbuster trailer of ‘Bellbottom’ is a celebration of big-screen magic!