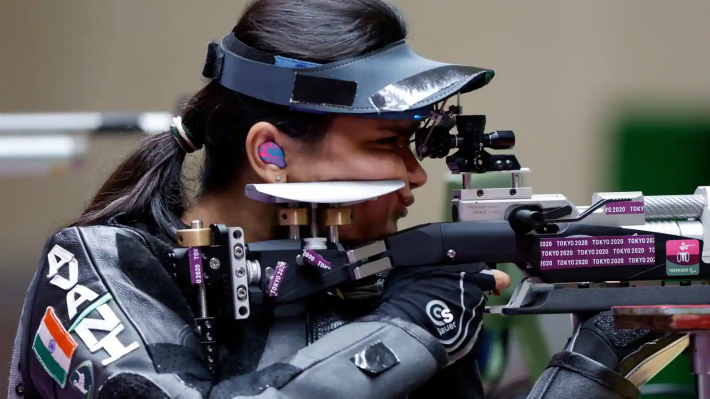 New Delhi: Tokyo Paralympic champion Avani Lekhara  won a gold medal in the women’s 10m air rifle standings SH1 at Chateauroux, France. Avani won the gold with a world record score of 250.6. With this the 20-year-old shooter broke his own world record of 249.6 to secure his place at the 2024 Paris Paralympics.

Emilia Babaska of Poland won the silver medal with a total score of 247.6. At the same time, Anna Norman of Sweden took the bronze medal with a score of 225.6. Avni was about to miss out on three days before the tournament. Her coach and escort were denied visas. However, the issue was resolved after the intervention of the Sports Authority of India and the Sports Ministry.

Congratulating Avni on this achievement, Union Minister Piyush Goyal shared her picture on Koo app, the country’s first multilingual micro-blogging platform and wrote, “Brightening stars of India! Many congratulations on winning the gold medal for the country in the Cup and securing a place for India in the 2024 Paris Paralympics.”

All India Radio wrote on the social media platform Ku App that Indian shooter Avani Lekhara won the gold medal with a record score in the Para Shooting World Cup in France. Avani created a world record in the women’s 10m Air Rifle Standing SH1 event with a score of 250.6. The 20-year-old shooter broke his own world record of 249.6. The SH1 category is for athletes with lower limb impairment to compete in rifle events.

After winning the gold, Avani said, “I am very happy to win gold in R2 10m Air Rifle SH1 event with world record score in Chateauroux 2022 and India’s first Paris 2024 quota. This was my first international tournament after the Paralympics. People are congratulating Avni on social media.

Gujarat MLA Purnesh Modi wrote on the native social media platform Koo app that Ms. Avani Lekhara ji,  Paralympic champion, rifle shooter Jaipur, has made India proud again by earning a gold medal at the Chateauroux 2022 WSPS World Cup in France. Many congratulations to him and his family on this wonderful achievement. We are proud of you.

I had never been interested in doing a superhero movie, but for some reason, Batman always stood out as a very special, separate entity : Robert Pattinson