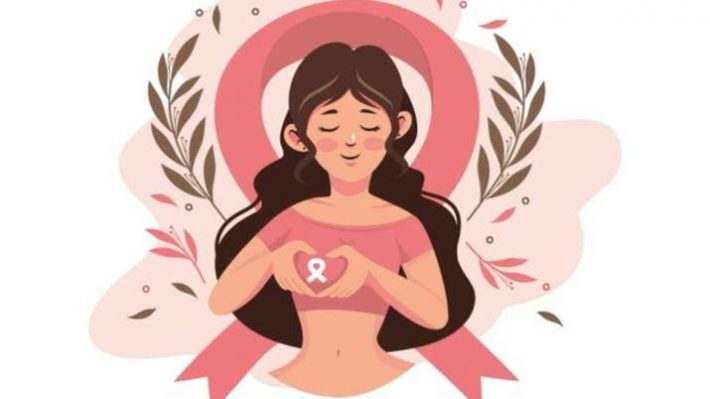 Usually October is the month which is observed as Breast Awareness Month. It is an annual campaign to educate people about breast cancer. Breast cancer is the most prevalent form of cancer. This disease has become a major problem all across the world including India. Characterized by uncontrolled growth of cells resulting in formation of lumps within the breast, it is one of the treatable forms of cancer. If not detected early, it can be a life threatening disease as it can also spread to other parts of the body. Breast cancer affects women both in the developed and the developing world. It can occur at any age but it is most common in women above the age of 40 years. Breast Cancer accounts for 25% to 31% of all cancers in women. The average age of developing breast cancer has also undergone a significant shift from 50 – 70 years to 30-50 years.

Addition of vegetables and fruits in your diet helps in maintaining a healthy body weight. For new mothers, it is advisable to breastfeed their child at least for one year. Don’t smoke or drink alcohol in excess.

To have a healthy lifestyle and exercise regularly. It is important to self examine your breasts. Women should be aware as to how their breast normally look and feel. Consult the doctor. It is advisable for women who are around 40 to get their mammography done. Every 1 out of 29 women is currently battling breast cancer, making it the most common cancer among Indian women. By the year 2030, breast cancer will become a raging cause of death among our women populace.

Breast cancer is a group of diseases in which cells in breast tissue change and divide uncontrolled resulting in a lump or mass.  Breast cancer has no symptoms when the tumor is small and most easily treated, which is why screening is important for early detection. The most common physical sign is a painless lump. Spreads to underarm lymph nodes and causes a lump or swelling, even before the original breast tumor is large enough to be felt. Less common symptoms include breast pain or changes, such as swelling, thickening, or redness of the skin; and nipple changes.

Breast cancer is typically detected either during screening, before symptoms have developed, or after a woman notices a lump. Most masses seen on a mammogram and most breast lumps turn out to be benign (not cancerous).

Women and men with a family history of breast cancer, especially in a first-degree relative (parent, child, or sibling), are at increased risk for the disease.

Apologies made but tumultuous Tandav Goes on