Dehradun: For the plains if a chocolate means Kitkat, Dairy Milk and Ferrero Rocher then for those who are part of the hill tribe, it does not get better than what is commonly called Bal Mithai.

Bal Mithai is a chocolate that is not made from cocoa beans, but from khoya. The specialty of this sweet is that it is crispy to eat. The taste of this sweet is so awesome that it has become the favorite sweet of the tourists and the people here.

Talking about India itself, different types of sweets are very famous in different states here. Be it Rasgulla of Bengal, Petha of Agra or Peda of Mathura. Bal Mithai is very much liked among the sweets in Uttarakhand. The special delicacy is a hot favourite of Almora in Kumaon province, which is also known as the city of Bal Mithai.

Bal Mithai of Uttarakhand has fast become its identity. Which means a visit to Devbhoomi is incomplete without savouring the Bal Mithai. Bal Mithai is chocolate like sweet of Uttarakhand. Historians say that this sweet came to Uttarakhand from Nepal in the 7th-8th century. After that, there is no evidence of how it reached Almora, but it is the identity of Almora. Scholars believe that Bal Mithai may have been the main prasad initially offered to the Sun God.

Lala Jogaram is credited with popularizing Bal Mithai in the 20th century. It is said that his shop used to be in the Lal Bazaar of Almora. At that time only this sweet was made in his shop. It is said that Jogaram used to get milk with special cream from a village famous for dairy products to make Bal Mithai. The name of this village was Falseema. He used to make khoya from the milk that came from here. With this, he used to prepare brown barfi first and then later he used to wrap poppy seeds soaked in sugar syrup on it.

The Britishers liked the Bal Mithai of Almora very much. There have been indications which suggest that British officers used to send sweets to each other on the occasion of Christmas.

Interestingly khoya is cooked by adding sugar, until it becomes like chocolate in appearance. It is allowed to set for some time, and then cut into rectangular pieces and decorated with white balls of sugar. Bal Mithai are eaten with great interest not only in India but also in countries like America, Germany, Australia.

Bal Mithai is available at more than fifty places in Almora city. This pearl-grained sweet, studded with bright, brown barfi, creates a distinct contrast at the counter. Bal Mithai Box of Almora is also locally manufactured which is made in light red colour.

Bal Mithai is believed to be a natural amalgamation of the protein lactose, glucose and fat, which makes it 5 times more nutritious than pure milk. Due to its melt in mouth appeal, it is very easy to eat. 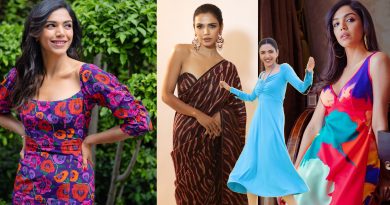 Top 5 actresses who made the best reel female lawyers