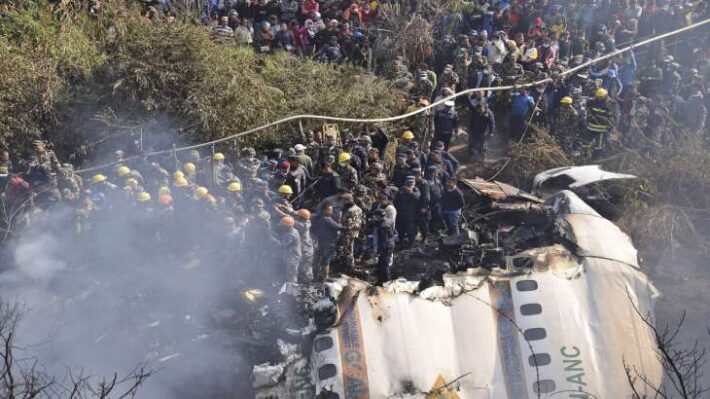 Ghazipur:  Four passengers on board the Yeti Airlines plane that crashed in Nepal’s Pokhara on Sunday went live on Facebook to share their experience minutes before the plane crashed. All the four passengers were residents of Ghazipur in Uttar Pradesh. In the 1.3-minute live video on Facebook, one of them can be seen excitedly shouting Moja Di as the camera pans down to Pokhara city.

The camera of the phone also pans on one of them, Sonu Jaiswal (29). However after 58 seconds the video shows the plane taking a sharp turn to the left and then crashing and bursting into flames. For the next 30 seconds, the camera recorded the flames around him.

These four passengers from Baresar in Ghazipur were among the five Indians who died in the accident along with 68 other passengers. Sonu Jaiswal, 29, Anil Rajbhar, 28, Vishal Sharma, 23, Abhishek Singh Kushwaha, 23, had reached Kathmandu on January 13 and were on their way to Pokhara for paragliding after offering prayers at the Pashupatinath temple.

There was gloom in the villages of Baresar and Noonhara areas of Ghazipur district on Sunday. Sonu Jaiswal was a liquor baron, while Anil Rajbhar and Abhishek Kushwaha ran public service centers in Ghazipur’s Zahurabad and Alawalpur. Vishal Sharma was a finance officer in a two-wheeler agency. 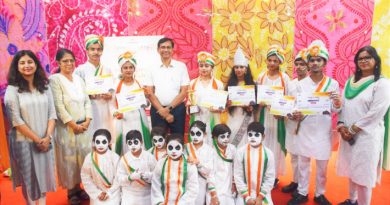 Regular Rozgar Melas have become a mark of this government : PM