Lucknow: The popular belief about Uttar Pradesh politics is that whoever wins the heart of Purvanchal, wins  Uttar Pradesh. It is said that the government is formed by the same political party, which dominates the seats of Purvanchal. Once again political heat has started increasing in this area due to the assembly elections. Trends from Purvanchal show that the voters of the area vote against those in power  every assembly election. The victory of BSP in 2007, SP in 2012 and BJP in Purvanchal in 2017 has established this pattern. This is the reason why BJP is pulling all stops to win the heart and mind of those in Purvanchal. In view of this, from PM Modi to Home Minister Amit Shah and CM Yogi Adityanath have become active on the political ground of Purvanchal in the state. BJP has started working on a special strategy to break the anti-incumbency voting pattern of Purvanchal.

Strengthening its hold over Purvanchal

Just as it is said that for the power of Delhi, strength is necessary in Lucknow, similarly for entering the power corridors of Lucknow, the position of the political party in Purvanchal should be strong. The 164 assembly seats in 28 districts of Purvanchal decide which political party will be the next CM in the state.  BJP has started its election preparations for the 2022 assembly elections. Recently, Prime Minister Narendra Modi visited Banaras, and during this he patted the CM’s back on the work for four and a half years.

After PM Modi, Home Minister Amit Shah also came to lay the foundation stone of Uttar Pradesh Forensic Science Institute in Mirzapur, Uttar Pradesh. Not only this, he also made efforts to read the political situation of Purvanchal during this period. He reminded of his association with the workers up to the booth level, so that energy can be infused among the workers. Apart from Amit Shah, Yogi Adityanath is also the most important Chief Minister for this politics of Purvanchal, who is not only at the peak of popularity in the state, as well as Gorakhpur and nearby districts are considered his stronghold. However, CM Yogi keeps on visiting Purvanchal including Gorakhpur, and as per the strategy, he is still on regular Gorakhpur tour.

BJP has given the responsibility to strengthen its political chessboard in Purvanchal to its important face Arvind Kumar Sharma, who is a former IAS officer and has also worked in PMO with PM Modi.  Sharma is trying to strengthen the political position of BJP in Purvanchal in line with the  strategy of Amit Shah and CM Yogi.

The activism of the leaders of the top level of BJP in Purvanchal is an indication that the main target of BJP in the upcoming assembly elections will be 164 seats in Purvanchal. Talking about the districts of Purvanchal, these include Varanasi, Jaunpur, Bhadohi, Mirzapur, Sonbhadra, Prayagraj, Gorakhpur, Kushinagar, Deoria, Maharajganj, Sant Kabirnagar, Basti, Azamgarh, Mau, Ghazipur, Ballia, Siddharthnagar Chandauli, Ayodhya, Gonda, Balrampur, Shravasti. , Bahraich, Sultanpur, Amethi, Pratapgarh, Kaushambi and Ambedkar Nagar. The pattern of voters of this region has been understood by the BJP, as it has been voting under anti-incumbency since the last three assembly elections.

If we talk about the 2007 assembly elections, then BSP had got about 85 seats from Purvanchal on the basis of Dalit-Brahmin card, and this was a big reason for Mayawati becoming CM. In contrast, in the year 2012, SP won 102 seats, and formed the government in UP after getting a majority. Not only this, in the year 2017, the BJP got a whopping 115 seats here, and after a long exile, the party returned to Uttar Pradesh, due to which this area proved to be a stronghold for the BJP.

The BJP may have won a big victory in Purvanchal, but in districts like Jaunpur, Ghazipur Azamgarh, Pratapgarh and Ambedkar Nagar, the SP and BSP have put up a tough challenge. BSP had even defeated BJP minister Manoj Sinha in the 2019 Lok Sabha elections. In the 2019 Lok Sabha elections, the party had also lost 4 seats coming from Purvanchal. This is a sign that in Purvanchal, BJP will have to strengthen its hold here more than before. This is the reason why all the three veteran leaders of BJP are visiting Purvanchal region one after the other.

On the other hand, BJP is not only active in the state in view of the pattern of anti-incumbency voting Purvanchal, as well as the party has activated all the big leaders in the region, whose monitoring work is also being done directly by Chief Minister Yogi Adityanath. From PM Modi to Home Minister Amit Shah and CM Yogi, everyone knows that it is very important to have dominance in Purvanchal. Under this strategy, there are also possibilities that CM Yogi Adityanath himself can contest from the assembly seat of Ayodhya, just like the PM had turned the dice in the politics of the entire Purvanchal by contesting from Varanasi. With this Hindutva agenda as well as the vote bank of Purvanchal will be more comfortable. Now it will be important to see what strategy the opposition parties adopt. 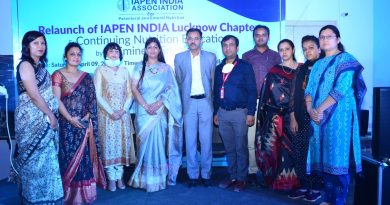