Lucknow: The three-day celebrations will start from Tuesday on the occasion of UP Day. Folk artists from many states will perform in this three-day event organized by the Culture Department, UP Tourism Directorate and Information and Public Relations Department. The residents of Lucknow will get an opportunity to witness the cultural nuances of several states during the celebrations at Avadh Shilpgram. Kanhaiya Mittal of Chandigarh will enthrall the audience with spiritual songs on Tuesday.

This will be followed by a Kavi Sammelan on various dialects like Awadhi, Brij, Bundeli, Bhojpuri, Khari Boli and Hindi by poets from different parts of the country and Tridhara devotional performance by Rising Malang Band. Folk dances from Sikkim, Chhattisgarh, Bihar and Arunachal Pradesh will also be displayed on Tuesday and Wednesday.

Apart from this, there will be a discussion on International Millets Year, Micro Mini and Small Enterprises, Khadi and Village Industries, One Trillion Economy, New Tourism Policy, Agro, Rural and Eco Tourism on Wednesday. Short film presentation based on the forts of Bundelkhand and Bhojpuri cultural presentation with actor-MP Dinesh Lal Nirahua will also be a part of the programme.

Renowned singer Kailash Kher will perform on Thursday. A three-day handicraft exhibition will also be organized. Meanwhile, at the inaugural function of Uttar Pradesh Day on Tuesday, the state government will honor achievers in various fields.

The prestigious Laxman Puraskar and Laxmibai Puraskar will be given on this day. Para-badminton player and Noida District Magistrate Suhas LY will be honored with the Laxman Award for his achievements in sports. Apart from this, 11 other people from Lucknow, Meerut, Kanpur Nagar, Azamgarh, Sambhal, Noida and Gorakhpur districts will also be given Laxman Puraskar.

Medal winners of 15 Commonwealth Games (2022) and participants of Judo, Cricket, Weightlifting, Hockey, Triathlon and Athletics will also be honored during the event. State Governor Anandiben Patel and Chief Minister Yogi Adityanath will present the Vivekananda Yuva Puraskar 2021-22 to 10 youth in the individual category and six in the group category.

10 boys and girls, three Yuvak Mangal Dal (groups of young boys formed at the village level) and three Mahila Mangal Dal (groups of young girls formed at the village level) from different districts will also be felicitated. The Chief Minister and the Governor will also present awards to six people under Mati Kala Board and Khadi Village Industries. 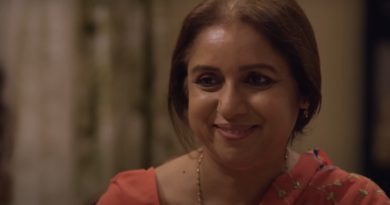 “She is someone whom I have played all my life,” said Revathy while talking about her character in Modern Love Hyderabad 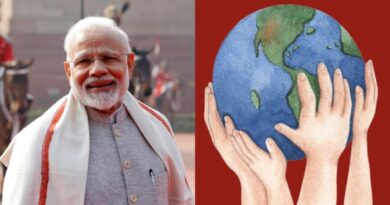 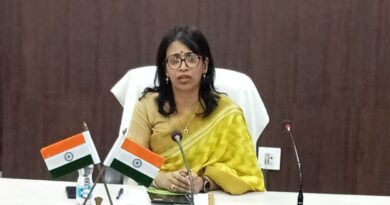