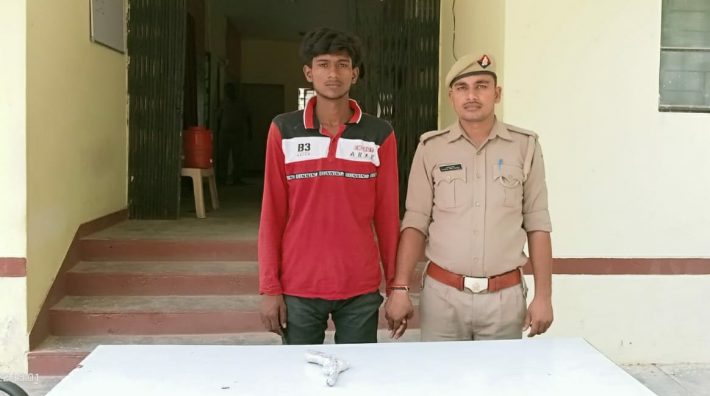 Pratapgarh: On the information of the special informer during the care area / checking by the Deputy Commissioner of Police Station Kotwali of the district, on the night of 21.05.2022 a person Vivek Dhuria, son of Hanuman Prasad Dhuria resident of Katra, was caught from near Sitaram Dham temple of the police station area Gulab Singh police station Jethwa district Pratapgarh. He was caught with  01 number of stolen motor cycle while 02 people fled from the spot taking advantage of the darkness.