Lucknow: In Uttar Pradesh elections these days all political parties are also involved in caste conventions. Not only this, BJP is also engaged in connecting OBCs, Vaishyas, Dalits and even Brahmins. OBC conventions are being organized continuously by the BJP so that the fraternities of the backward classes can be connected. In this episode, the party has also engaged its MLAs and MPs to stitch together OBC calculations.  Every minister, MLA and MP of backward castes has been given the responsibility of 10 villages. These leaders have been given the responsibility of villages which have a large population of OBC community.

For the next one month, these leaders have been advised to run a social contact campaign. Dayashankar Singh, the in-charge of BJP’s OBC Morcha in the state, said, “All the leaders will visit these villages and contact people to urge them to vote for the BJP only.” On behalf of the leadership, these leaders have been asked to go from village to village and inform the people about the works of the central and state government. The BJP has identified such villages in every district, where the number of OBC numbers are high.

In fact, the pattern of votes in villages is still seen on the basis of caste. In such a situation, all the political parties including the BJP are preparing a strategy keeping this in mind. Since 2014, the BJP has been focusing on non-Yadav OBC and non-Jatav Dalit votes in UP. The BJP also got a large vote of these communities in 2017. In such a situation, the party is once again trying to woo these communities so that the success can be repeated. OBC leaders have been ordered to tell their communities how the party has served to represent their society.

In a bid to streamline policing, Khaki shuffles decks 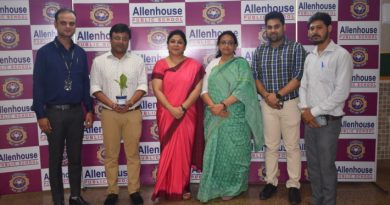