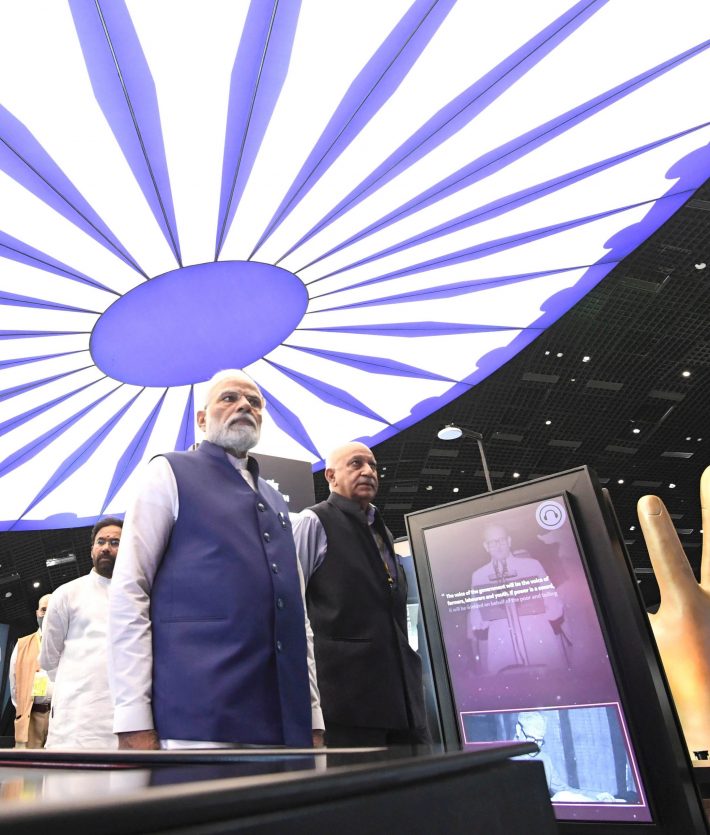 Lucknow: On the occasion of the completion of 8 years of the Narendra Modi government at the Centre, from June 1 to 14, the Bharatiya Janata Party will organize big events in all the districts of Uttar Pradesh.

These events will be done in the name of service dedication and good governance campaign. During this, common people will be introduced to the policies of BJP.

During this Govind Narayan Mishra and Amarpal Maurya said eight years of Modi government have been completed. This time also the seat of BJP increased. Therefore, now we will aim for service dedication and good governance. Our leaders and workers will spend eight hours at the booth from June 1 to 14. Will talk to the influential people of the society. Will give 75 hours to the worker. Vidhan Sabha will organize programs at the district level. Govind Narayan said that on the first day, on the plantation of Kisan Morcha, pond cleanliness, on the second day, Mahila Morcha, on the third day there will be program for Scheduled Castes. On the fourth day, there will be a program regarding Scheduled Tribes. Backward Classes on the fifth day. For the weaker section of the society on the sixth day. On the seventh day, Garib Kalyan will hold public meetings for the poor at every district headquarters. Will do this program from June 1 to 14.  The leaders will meet some big people of the society and will introduce them to the policy of BJP.

Amarpal Maurya further said that through these programs, the Bharatiya Janata Party will communicate the  people’s welfare policies of the Narendra Modi government , in the last 8 years. The importance and benefits derived from them will go among the common people, which will increase the awareness of the schemes among the people.

With this, the common people will get the benefit of the work done so far by the Narendra Modi government. He told that the Union Minister, MLA and senior leaders of the state executive will participate in these programs.

July 14 Horoscope: Your Luck for the Day