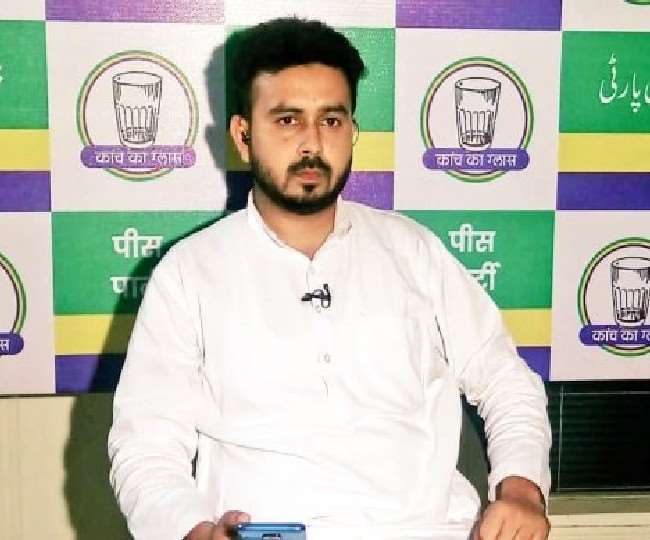 Lucknow: The election board has been laid in Uttar Pradesh. All the parties are trying to show their strength. This time the election rallies are closed amid the Corona epidemic, so all the leaders are now making rhetoric from their social media platforms.

In this episode, Shadab Chauhan, leader of the Peace Party, fiercely targeted the Yogi government by posting a video on his social media platform Koo App. According to Shadab Chauhan, the Bharatiya Janata Party does not want to contest elections on the issues of the people, but wants to talk about partition on the basis of hatred. But the people of the state are intelligent and they will take a wise decision. Those who are public servants will be elected. The public gave a chance to the BJP, but the BJP and the Yogi government failed completely. Now Yogi is saying that it is 80 vs 20 fight, so don’t remind us of your history. We have a history that we have been heavy on 500. Injustice and arrogance have been defeated and justice has triumphed. And I am sure that Yogi ji will not become the Chief Minister again. His government failed on every issue. The progress of the state cannot be achieved only by the politics of changing the name, so the people of Uttar Pradesh have made up their mind to change the Chief Minister.

However, even before this, Shadab had questioned the Election Commission with one of his Koo posts and said that UP elections will be held in 7 phases. Whatever was feared happened. 10, 14, 20, 23, 27 February, 3 and 7 March. Was it at the behest of the BJP or the Election Commission? Not worried about the health of 18 crore voters and officials? Couldn’t elections be held in 2-3 phases? It seemed that some poet is doing the press, not the CEC.

Sadhana, concentration and perseverance are necessary for an artist – Phaneendra Nath Chaturvedi