Lucknow: In the capital of Uttar Pradesh, Lucknow, the Indiranagar Police has taken strict action against those who ape criminals in Bollywood style and reign evil on the people of the city. In a fresh case Indiranagar Police arrested the accused youth who drove traffic sub-inspector Murari Lal around for about 200 meters tied to the car and hanging from the bonnet. This was when he was stopped for driving an SUV in a dangerous manner near Siddiqui Plaza at Munshipulia intersection.

According to Indiranagar Inspector Ramphal Prajapati, the police team was checking vehicles at Aurobindo Park and Picnic Spot Road . Then a young man was coming fast driving the Bolero. The police team stopped him by siege and was matched with the number of his vehicle, then it was found that this is the same vehicle, in which the driver had run for 200 meters by hanging TSI Murari Lal Yadav on the bonnet.

The cops  said that the arrested accused Abhishek Verma alias Anshu Verma is a resident of Faridinagar Chandan in Indiranagar. Abhishek Verma runs a workshop and on this workshop, the Bolero car of Rana Amar Singh, a resident of Harihar Nagar, went for servicing. The accused told that after servicing, Abhishek was going to drop off a friend with a Bolero, during which the incident took place.

The Inspector said that on the complaint of the Inspector, a case was registered against the Bolero driver under other sections including attempt to kill. In this case, the victim TSI Murari Lal had filed a case against the youth in Indiranagar police station under several sections including attempt to murder. The accused was arrested from Picnic Spot Road. 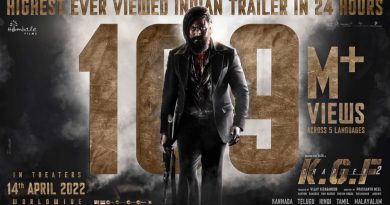 Why do we take our rituals so lightly in the modern paradigm? writes Atul Mallikram