Mumbai: After the departure of US and NATO forces in Afghanistan, there is an atmosphere of chaos. Afghanistan’s civilian government has almost collapsed and the Taliban have once again taken control of most parts, including the capital, Kabul. After the arrival of the Taliban, Afghanistan may once again enter the old phase. Even though the situation in Afghanistan has been very bad for the last 30-40 years, but there was a time when Afghanistan was an open society in terms of art, literature, fashion, music and cinema. Then Indian films used to be very popular in Afghanistan.

Najibullah Ahmedzai in 1987 after the withdrawal of Soviet forces became the President of Afghanistan. Najibullah was very fond of Bollywood films. He himself had called Amitabh Bachchan and like VVIP had made him stay in the state guest house. There Amitabh Bachchan had found love with an open heart. Amitabh once told how he and Danny were welcomed there by carrying them on their shoulders. Najibullah’s government fell in 1992 after the collapse of the Soviet Union. Later civil war broke out in Afghanistan and in 1996, Najibullah was publicly hanged by the Taliban. Then a bad phase in Afghanistan had begun.

Kabul Express was shot in Afghanistan

After the end of Taliban rule from Afghanistan, director Kabir Khan made the film ‘Kabul Express’. John Abraham and Arshad Warsi played the role of Indian journalists in this film while Pakistani actor Salman Shahid played the role of an Afghan Taliban. The film was shot in Kabul’s Green Palace, Bala Hisar Fort, Darul Aman Palace and Panjshir Valley. After this film, no film was shot in Afghanistan.

Over time, after Amitabh Bachchan, Dharmendra, Hema Malini and Sridevi, Shah Rukh Khan, Salman Khan and Aamir Khan also became quite popular in Afghanistan. Then through piracy from Pakistan, CDs of Bollywood films were sold in Afghanistan. Even today, most people in Afghanistan have learned Hindi by watching Bollywood movies. Not only Indian films but also TV serials have been popular in Afghanistan. After the end of Taliban rule, Ekta Kapoor’s TV serials ‘Kyunki Saas Bhi Kabhi Bahu Thi’ and ‘Kahaani Ghar Ghar Ki’ became quite popular here. Their popularity can be gauged from the fact that in the markets of Afghanistan, the posters of Smriti Irani and Sakshi Tanwar’s characters Tulsi and Parvati used to sell a lot in the markets.

Afghans’ love for Bollywood will not diminish

After the Taliban came to power, watching movies was completely banned. However, the love for Bollywood remained alive in the hearts of the people of Afghanistan. After America’s attack on the Taliban 20 years ago, there was once again an open atmosphere in Afghanistan, after which people once again started getting attracted towards Bollywood films. With the return of Taliban rule, the old situation may return once again as the tribal government can once again impose restrictions on the people. But no matter how many restrictions are imposed, it will probably be difficult to reduce the love of the Afghan people for Bollywood. 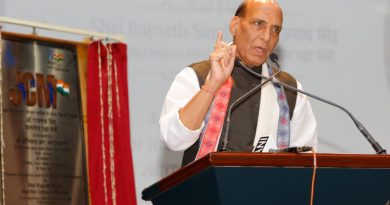