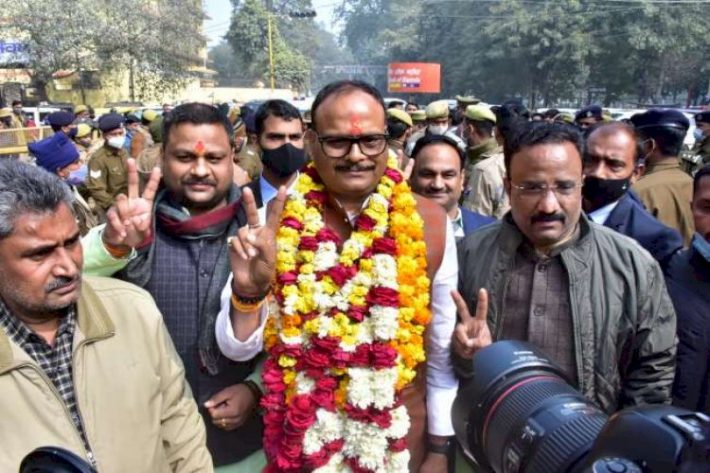 Lucknow: In the Yogi government, Law and Justice Minister Brajesh Pathak has filed his nomination from Lucknow‘s Cantt assembly seat . In the year 2017, he won the election from Lucknow Central. This time his seat was changed by the leadership. Cantt is considered the safest seat for BJP. However, there was a strong discussion of fielding Aparna Yadav, the daughter-in-law of the Mulayam family, who joined the BJP from the SP from this seat.

Apart from this, MP Rita Bahuguna Joshi was seeking ticket for her son Mayank Joshi from this seat. Apart from this, there were talks of Deputy CM Dinesh Sharma also contesting from the same seat this time. However, at the last moment, BJP put an end to all the discussions by making Brajesh Pathak a candidate from here.

Before filing his nomination on Wednesday, the Law Minister paid his reverence at the temple and sought the blessings of his deity. After that he went to file the form. He filled his form with limited supporters. During this time, supporters garlanded him with flower garlands. On the media’s question of changing the seat after filing the nomination, he said that from where the party has fielded the candidate, he will fight the elections. He also thanked the party for this. He also expressed his gratitude to the people of his previous assembly. 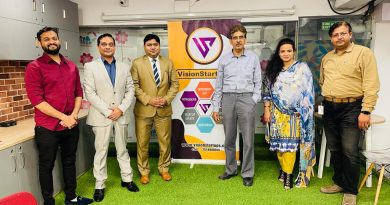 Jitendra Singh Tomar, says quitting was never his option, he knew that his efforts will pay him back