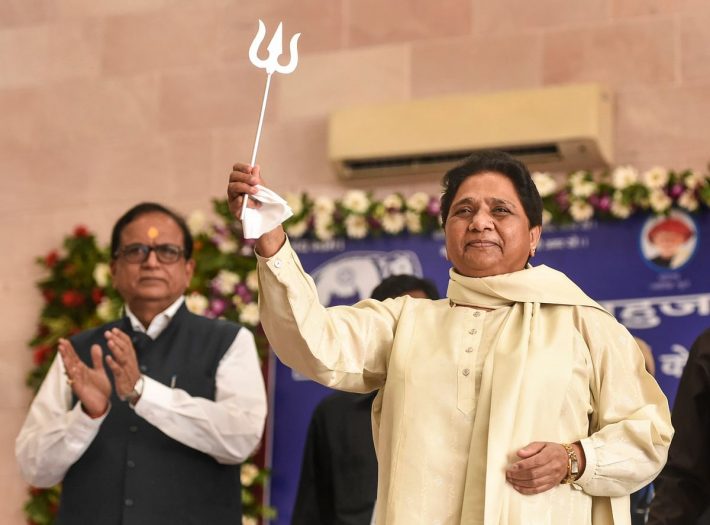 In fact, Home Minister Amit Shah had said in an interview to a news channel that the BSP has maintained its relevance.

He had said – I believe that he will get votes. It is not known how much conversion will happen in the seat, but votes will come. Muslims will also join in large numbers. Will join in a lot of seats.

In her reaction to Shah’s remarks, Mayawati said – it is her greatness that she has accepted the truth. But I also want to tell them that in the whole of UP, BSP is getting not only the votes of Dalits alone, not only of Muslims but also of most backward classes and forward castes i.e. the votes of the entire society.

On BJP’s claim of getting more than 300 seats, BSP supremo Mayawati said that only when the result will come, it will be known who is in how much water.

She said- BJP is also claiming, SP is also claiming. Let it not happen that their claims remain in vain. I am sure that when the result comes, Bahujan Samaj Party will definitely form the government with full majority like in 2007.

While targeting the Samajwadi Party, BSP chief Mayawati said that the followers of SP have lost their mind. They are not even in power now and they are not going to come.

She said- whenever SP has been in power. So here hooliganism, mafiagiri, atrocities and oppression of the poor have been at their peak. Riots have also happened a lot. The Muzaffarnagar incident is a living example of this. The people of UP have rejected the Samajwadi Party before the results are out.

In his interview, Union Home Minister Amit Shah had ruled out any alliance with the BSP, claiming that the BJP would form the government on its own with a majority. BJP will not need anyone’s support.