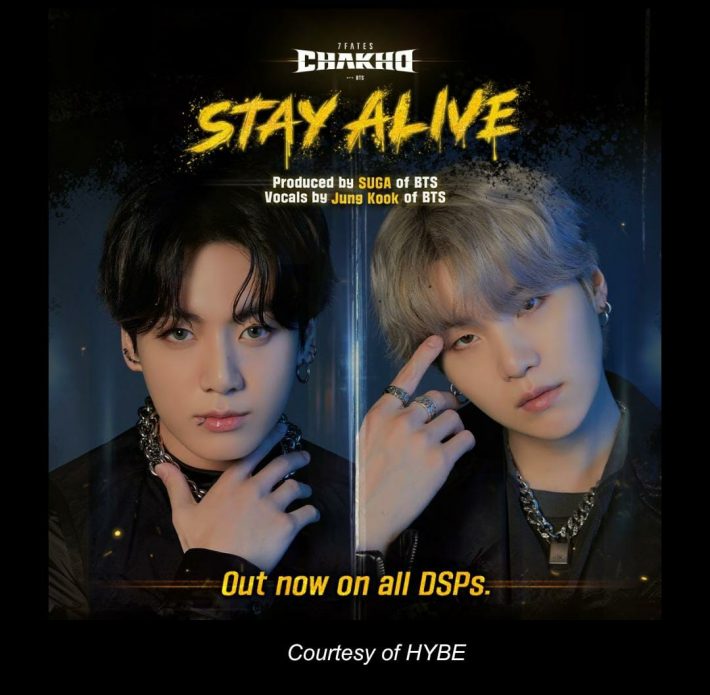 The song was partially revealed on February 4, along with Episode Four of 7FATES: CHAKHO, exclusively via digital comics platform WEBTOON. This marks the first time WEBTOON uses an OST as background music in global releases of all 10 languages.

“Stay Alive (Prod. SUGA of BTS)” is a pop ballad that exudes a dreamy, sublime energy that complements the storyline and atmosphere of the urban fantasy story that portrays confrontations between humans and the Beom tribe in a corrupt world. BTS’ SUGA took on the role of producer of the song while Jung Kook’s soulful vocals capture the essence of the story’s characters and narrative.

The title, “Stay Alive,” is a nod to the characters in the story as they try to survive in a vicious world. The lyrics explore an isolated boy’s earnest heart and message to himself and friends who he meets in that vicious world.

7FATES: CHAKHO was launched in 10 languages around the world in January, and immediately drew phenomenal responses amassing more than 15 million views within two days. It is an urban fantasy reinterpretation of chakhogapsa, a legendary group of tiger hunters from the Joseon Dynasty. A new episode is released every Saturday.

At the turn of four years, CM Yogi treads firmly cautious to steer U.P ahead

From spurious to ecofriendly, Barabanki women usher in Diwali with a transformation workwise

Winnability high on agenda of Nishad Party as elections near