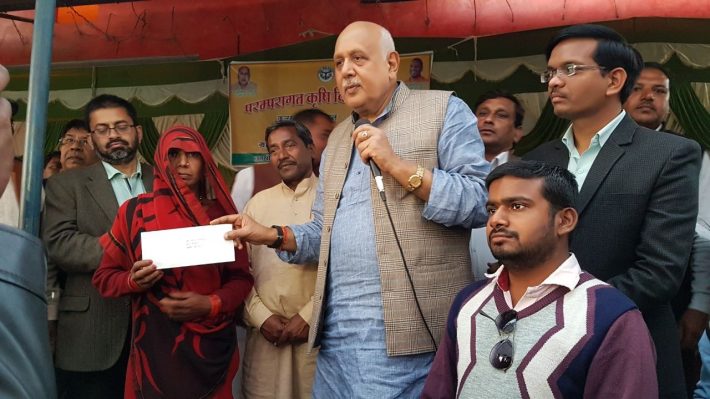 Lucknow: “Due to the concrete steps of Modi at the Center and Yogi government of UP, new hope and enthusiasm has been infused among the farmers in the country and the state.

Despite the Corona crisis, the pace of agricultural development in the state did not stop under the efficient guidance of CM Yogi. In the future also, there will be no let down in the interests of farmers and their promotion,” said Uttar Pradesh Agriculture Minister Surya Pratap Shahi during a press conference held  at the state headquarters of the BJP.

Surya Pratap Shahi informed that the budget of agriculture in the state has been increased up to 6 times. Under the Pradhan Mantri Kisan Samman Nidhi Yojana, a total of Rs 42,565 crore has been transferred to the accounts of more than 2 crore 55 lakh 77 thousand farmers.

Even during the disaster, the Yogi government has stood by the farmers in their misery. Till now, 2947.76 crore rupees have been deposited in the account of 29 lakh 42 thousand farmers. The compensation has been transferred directly to the accounts of the farmers. 36 thousand crores.

Loan waiver has been done for 86 lakh small and marginal farmers. All these efforts have succeeded in preventing farmer suicides.

He informed that the total agricultural production of the state has reached more than 619 lakh metric tonnes within the last five years. The production of pulses and oilseeds has also increased. Fertilizer, seeds and water have been arranged on time. Fertilizer factory has been started in Gorakhpur. We have MSP has increased by more than one and a half times.

Where the increase in the support price of paddy was Rs 1940. per quintal, while the minimum support price for wheat was fixed at Rs 1975 per quintal. During the SP government, where 217 lakh metric tonnes of food grains were procured. At the same time, in UP, by purchasing 500 lakh metric tonnes of food grains from 89 lakh 47 thousand farmers, Rs. 90,419 crore has been paid.

Payment of more than 1.68 lakh crores to sugarcane farmers

He said that cold storage and ripening chambers have been constructed in more than 27 mandis of the state. On the instructions of PM Modi, more than 3.70 crore soil health cards have been distributed to the farmers of the state to promote the diversity of farming, reduce the cost of cultivation and prevent indiscriminate use of chemical fertilizers. Apart from this, 1 crore 66 lakh Kisan Credit Cards have been distributed. Through the ‘The Million Farmers School’, more than 80 lakh farmers were trained and communicated through the programs of the Central and State Governments.

Praising the unprecedented works done in the field of irrigation in the state, Shahi said more than 26,400 solar pumps were installed under Kusum Yojana. Due to which the irrigation potential has increased by 1.5 lakh hectares. Apart from this, the irrigation potential has increased by more than 20 lakh hectares due to the completion of various irrigation projects. He said that with the aim of promoting organic farming, the present government is conducting organic farming program by making 500 to 1000 clusters of Paramparagat Krishi Vikas Yojana. 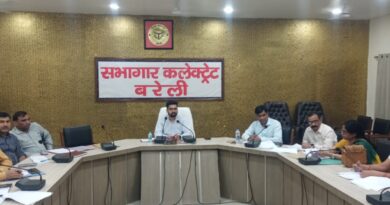 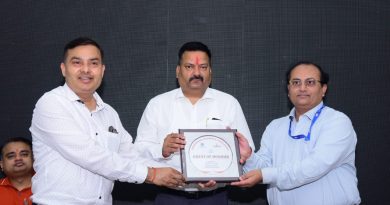 UP Business & Startup Expo kickstarts a conversation on future of business 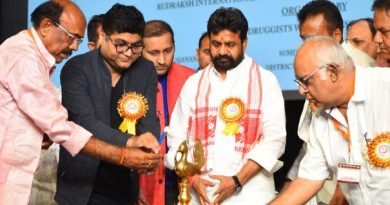 Over 50,000 Local Chemists of Uttar Pradesh to be Digitally Empowered with Ayu Chemist App