A tableau of major religious, cultural, mythological and tourist places falling on the route will be shown. The mythological and religious places falling around the route will be connected by the link route. In all the 5 districts falling in 84 Kosi Parikrama Marg, one nodal officer will be made from the district level. Halts will also be made at different places for the convenience of the devotees on the route.  Maurya was presiding over a high-level meeting organized at the Command Center at Public Works Department Headquarters  to bring the 84 Kosi Parikrama Marg to the ground in a new form.

In the meeting, suggestions were also taken from the MPs, MLAs and District Magistrates of Ayodhya, Ambedkar Nagar, Gonda, Barabanki and Basti and a presentation of 84 Kosi Parikrama Marg was also done by the department.

Deputy Chief Minister, Maurya said that Ramayana trees will be planted along this road to be developed as a national highway and beautiful and beautiful depictions of the tales of Ramayana and the tableaux of sages and events of that time will be made.

Along with this, it will also be made useful from the point of view of employment generation. He directed that the District Magistrate will ensure that no encroachment is done along the road. A lot of space will be reserved along this road, which can be further developed in future. Regarding the alignment, land acquisition and other necessary works, the Deputy Chief Minister directed the district magistrates to nominate one competent and capable officer as the nodal officer in all the five districts.

He directed the concerned officers that keeping in mind the suggestions of the public representatives, all formal action should be ensured at the earliest. He said that the survey should be done by drone with state-of-the-art technology and alignment should be done by the end of this month and if any consultants and officers come to know, then the people’s representatives of the concerned area must be called there.

He directed that the construction of this road should be done on top priority basis. The process of land acquisition and distribution of compensation etc. should be ensured at a fast pace. Preparations should be made for its foundation stone laying in the month of अक्टूबर।

Maurya said that high level officers should continuously monitor it and work with full gusto to implement it. The Deputy Chief Minister said that work should be ensured by making an effective and concrete strategy for utility shifting. 112 gram sabhas of 05 districts will come on this parikrama route. 84 Kosi Parikrama starts from Makhauda village of Basti district. Here also, convenient development will be done for the arrangement of accommodation etc. On this route, the tableaux related to the life Leela of Lord Rama will be shown attractively from tourism and religious point of view.

He instructed the officers to start all the packages of this route simultaneously. The Deputy Chief Minister said that with the construction of 84 Kosi Parikrama Marg, where tourists from the country and abroad will also be able to circumambulate with reverence and faith, there will be a multi-faceted development of Ayodhya and its surroundings and the places near the Parikrama Marg and there will be multi-faceted development for business and employment. New resources will be created and the ancient glory of Ayodhya will also increase. 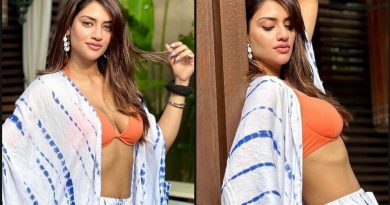 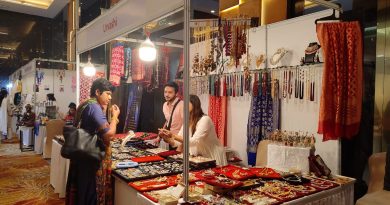