Lucknow: Bhartiya Janta Party candidate Raghuraj Singh Shakya has filed his nomination papers for the by-election to be held on December 5 in Mainpuri parliamentary seat of Uttar Pradesh. BJP has thrown the hat in the ring in  the stronghold of Mulayam Singh Yadav. BJP wants to breach Mulayam’s fort with the help of Shakyas. That’s why Shakya has become very important for Mainpuri by-election. Its importance can be gauged from the fact that just before the elections, Akhilesh also appointed former minister Alok Singh Shakya as the District President of Mainpuri. The way BJP State President Bhupendra Chaudhary and Deputy CM Keshav Maurya went to Mainpuri and gave a big message, the same message went that BJP does not want to take this election lightly.

Bharatiya Janata Party earlier wanted to field Aparna Yadav against Dimple Yadav from this seat. The meeting between Aparna Yadav and National President JP Nadda was also in discussion. But if sources are to be believed, Aparna herself refused to contest the election. After this, BJP explored the possibilities regarding Shivpal Yadav. There were a lot of discussions about Shivpal’s visit to Delhi as well, but in the end Shivpal’s stand spoiled the whole game.

In fact, Akhilesh Yadav is also keeping an eye on BJP’s strategy. BJP was trying to create atmosphere for not making Shivpal a candidate, but Akhilesh spoiled BJP’s game by putting Shivpal in the list of SP’s star campaigners. Now Shivpal is not able to separate from SP even if he wants to. Shivpal had to give a statement that he would try his best to make Dimple win. However, behind the scenes, Shivpal’s closeness with the BJP can be a big factor in the coming days. In the meeting of NITI Aayog, Chief Minister Yogi presented the outline of the future of Uttar Pradesh 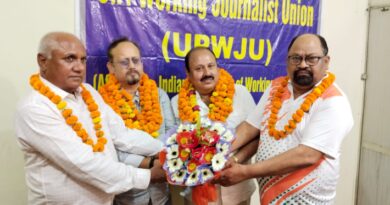 When in doubt call me: CM Yogi to administrative officers