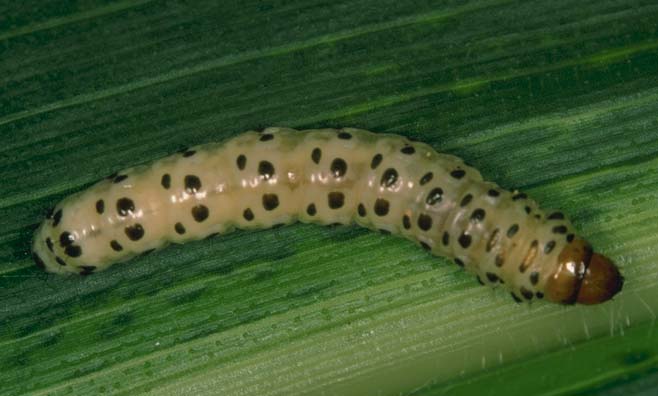 Lucknow: The Sugarcane Development Department has cautioned the sugarcane farmers of the state that from the month of April, the outbreak of pests starts in the sugarcane crop, at this time the spring sugarcane crop is in a state in which the leaves and stems of sugarcane are relatively soft, due to which various borer insects damage the sugarcane crop. The department advised the farmers that at this time, the farmer brothers should regularly monitor their crop and control the pest and its symptoms as soon as possible.

It has been told in the advisory that the outbreak of sugarcane seedling borer occurs in the condition of high temperature from April to June. Its trunk is beige in color and five purple stripes are found on the back. It eats the gum of the plants, due to which the beef dries up, which is called Mritasar. The dead sac can be easily drawn out which smells like rot. For its mechanical control, cut and destroy the affected plants along with the trunk/pupa and keep irrigating the crop at regular intervals.

In the last week of April or first week of May, Chlorantreniliprole (Korajan) 18.5 sc. Make a solution of 375 ml in 1000 liters of water and irrigate it after drenching near the roots with knapsack sprayer at the rate of per hectare.

We can also control this pest by biological control, for which 50,000 adults/ha of egg parasite Trichogramma kylonis. Release at the rate of 10 days at an interval of 10 days and set up 10 pheromone traps at a distance of 20 to 30 meters from the month of March in sugarcane fields by adding water and kerosene or diesel oil to the trap along with seedling borer lure at the rate of 10 per acre. Do it. Due to this the narwhals will get attracted and die.

At this time, the outbreak of peak borer insect is visible in some areas, so farmer brothers should take special care. The symptoms of this pest are described as red striped marks on the central vein of affected sugarcane leaves and round pellet-like holes on the edge of the leaves. A total of five generations (February-March/April-May/June-July/August-September/September-February) of this insect are found.

The life span of one generation is about 2 months and it has more damage than the third generation and due to the outbreak of third and fourth generation, the growth of sugarcane stops and the bunchitop is formed by the emergence of new buds at the end. About 75 to 250 eggs are found in one egg set. The trunk is light yellow in color with no stripes.

For control, if orange colored egg clusters (agmoss) of peak borer are seen on the lower surface of the leaves, cut them and destroy them soon and in the months of March, April and May, the plants affected by the first and second generation of this pest die (deadhut). After formation, destroy the plants by cutting them from the surface of the ground along with stubble or pupae. In the last week of April or first week of May, apply Chlorantreniliprol 18.5 sc per acre. After drenching near the roots with knapsack sprayer, make a solution of 150 ml quantity in 400 liters of water and irrigate it. OR 45 days after sowing Fipronil 40 percent $ Imidacloprid 40 percent WG Make a solution of 500 grams with 1000 liters of water and give irrigation after drenching per hectare. For biological control of peak borer, transplant egg parasite Trichogramma japonicum at the rate of 50000 adults per hectare on sugarcane leaves at an interval of 10 days from second side of May. Install 10 pheromone traps at a distance of 20 to 30 meters from the month of March in sugarcane fields by adding water and kerosene/diesel oil to the trap along with the lure of the top borer at the rate of 10 pheromone traps per acre. Due to this the narwhals will get attracted and die.

Root borer also damages the root of sugarcane, its trunk is white in color, no stripe on the back and the color of the head is dark brown. The outbreak of this pest occurs from April to October. This insect damages the newborn plants of sugarcane and sugarcane. For the control of root borer, at the time of sowing, at the time of sowing Bavaria bassiana and Metarhizium anisoply at the rate of 5.0 kg per hectare, mix 1 or 2 quintals of rotten press mud or dung manure after the first rain, and for chemical control, the rate per hectare to Chlorpyrifos 20 percent EC. 5.0 liters or Imidacloprid 17.8 percent SL Make a solution of 500 ml with 1875 liters of water and irrigate it after drenching in lines at the time of sowing or at the time of outbreak.

The department also warned the farmers about the pests in sugarcane crop in the months of July, August and September and told that in these months, the outbreak of Pori borer, stem borer, Plassey borer and Gurdaspur borer occurs in sugarcane crop. When the growth of sugarcane is very fast. For the control of these pests, the Additional Chief Secretary said that Manokrotophos 36 percent SL. Make a solution of 1875 ml in 1000 liters of water and spray it at the rate of per hectare and Gurdasap

For the control of borer, in the second week of June and August at the rate of per hectare, Profenaphos 40 percent $ Cypermanthrin 4 percent EC. Or Quinalphos 25% EC. Make a solution of 1000 ml in 1000 liters of water and spray it. For biological control of these pests, it was told to release egg parasite Trichogramma kylonis at the rate of 50,000 adults per hectare at an interval of 10 days from July to October. 10 pheromone traps per acre at a distance of 20 to 30 meters in sugarcane fields. Install the trap by adding water and kerosene/diesel oil to the trap with different borer coats at the rate of Rs. This will attract male moths and die. Farmers are advised to use balanced fertilizer, make proper drainage system, eliminate water shoots and remove dry leaves of sugarcane with leaves in the month of August and September.

State Commissioner, Sugarcane and Sugar Sanjay R. Bhoosreddy has advised the farmers of the state to be aware of borer pests and take timely measures to prevent them so that they get maximum yield. 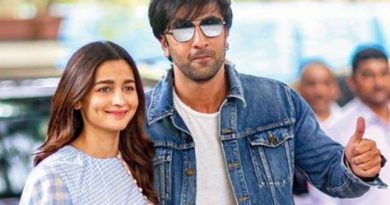 Traders ahead of elections take on responsibility to streamline politics

Shirley turns on Telugu Mode for her next