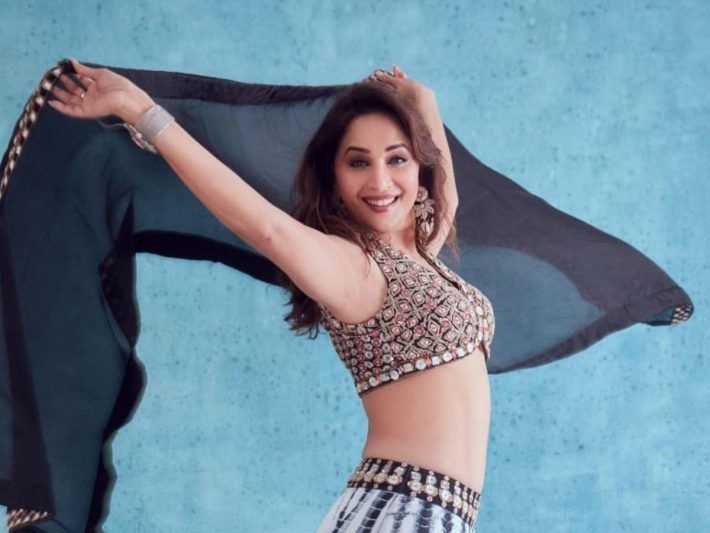 Mumbai: She is a super star who is epitome of grace, she is an iconic dancing diva, she’s the official Dhak Dhak Girl, she’s 101% Shuddh entertainer, she’s Madhuri Dixit! The supremely talented actor has given us many super hit movies and continues to entertain the masses till date. Celebrating the actress’ birthday with an infectious smile, Zee Bollywood – 101% Shuddh Bollywood channel will have a day-long movie festival called ‘Dhak Dhak Day’. The channel is bringing ek, do, teen, chaar, paanch… blockbuster films in this special movie marathon dedicated to the actress. Get set to watch some of her greatest films only on Zee Bollywood on 15th May.

The movie marathon will kickstart with the mass entertainer ‘Dil,’ on 15th May at 8:30am, one of the only two films to have posed Aamir Khan and Madhuri Dixit together in a film. The film set great precedence for love stories at the time with the sizzling chemistry between Raja and Madhu, a treat for all Bollywood lovers out there! Next in line at 11:30 am, we have the romantic film ‘Aarzoo’ that also features Akshay Kumar and Saif Ali Khan. The film is about a love triangle between Pooja, Amar and Vijay and how their life gets intertwined with an unfortunate turn of events. This 90s movie is the ultimate family entertainer laced with the perfect dose of drama, romance and action, bound to make your Sunday an absolute entertainment rollercoaster.

Talking of Bollywood, dance and Madhuri and not mentioning the iconic song ‘Dhak Dhak Karne Laga’ is an absolute sin! So, you guessed it right. Next up in the movie bonanza, we have ‘Beta’ at 2:30pm, whichalso showcasesdelightful performances from Anil Kapoor and Aruna Irani. The film follows a unique plotline that puts spotlight on the many layers of a mother’s relationship with her son.

‘Nayak nahi, Khalnayak hoonmain..’theera-defining film ‘Khalnayak’starring Sanjay Dutt akaSanju Baba with our queen of expression, Madhuri Dixit is a thrilling story of a woman trying to restore her lover’s honour by going undercover and joining the deadliest goon’s gang. While the film gave some remarkable music numbers, the plotline of the film brought freshness on the screen. Catch the sundown special ‘Khalnayak’ at 6:30pm.

Increasing the entertainment meter up a notch, we bring in the dhuandaar jodi of Anil Kapoor and Jackie Shroff along with Madhuri Dixit that’ll absolutely take this birthday celebration to another level. One is filled with sanity and love while the other brother is driven with vengeance, the classic film, ‘Ram Lakhan’ takes you on a journey filled with action, romance and 101% shuddh entertainment. So, tune-in at 9pm to witness the magic of Madhuri in Ram Lakhan.