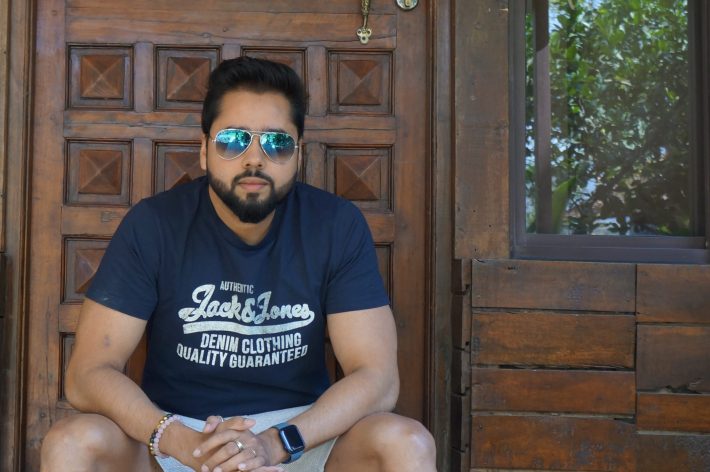 Mumbai: Music Composer-Producer Roy, who is known for producing music for songs like ‘Hawayein’, ‘London Thumakda’ and ‘Zaalima’, who gave us many chartbuster songs, recently composed and produced music for the main title track ‘Whistle Theme’ in Akshay Kumar starrer ‘Bachchan Pandey’.
His songs have collectively garnered billions of views on Youtube and they’re extremely catchy with peppy music.

After the success of his theme music as a Composer, Roy shares, “I received a briefing from Azeem Dayani to compose this theme. However, I had no idea then that I was doing it for ‘Bachchan Pandey. After Akshay Kumar Sir heard and approved it, Azeem told me about the film. I’m thankful to him for this opportunity. I had a lot of fun composing and producing the theme music for ‘Bachchan Pandey’. It is a huge part of the film and is used in it quite frequently. It’s very different from the songs I have worked on in the past so it was fun to work on it. I look forward to composing more music in the future.”
Describing his work on Whistle Theme, Roy says, “I have never composed or even thought of creating something with a whistle, ever! It just happened, step by step. As Azeem briefed me, I tried to create a melody that can sound soulfully dark and haunting. Roshni came into the picture and did a brilliant job in executing the melody, whistling it and trying to keep that haunting dark mood intact.”
“With Azeem Dayani’s help in supervision, I took the next step to fit it in Akshay Sir’s aura which needed to sound FIERCE for the film. Adding bass-heavy parts along with screams and beats made on the drop complimenting the whistle sounds new age. Eric Pillai did a great job on the mix adding the next step to the final production of the theme song”, he adds.

Talking about his background, Roy says, “I come from a small town in West Bengal called Asansol. My father Ram Ranjan Roy is a tabla player and did work in the government sector whereas my mother is a trained singer. I hail from a musical family and I credit my parents for my success. I wouldn’t have been here today without their support. I am a trained musician and I want to carry their legacy forward.”

Speaking about the success behind his songs, he adds, “I try my best to evaluate the real talent. Being a little trained musician allows me to highlight the best in every song. I make sure that I cater to the audience with something new in every song as it’s my job. I love making music and being behind the scenes. I’m grateful that I got to work with well-known music directors like Vishal–Shekhar, Pritam, Amit Trivedi, Amaal Mallik, Meet Bros and Anand Raj Anand in a short span of time. ‘Cham Cham’ from ‘Baaghi’ is definitely the most popular song that I’ve worked on. It recently crossed a billion views on Youtube which is a big thing for any Indian song.”