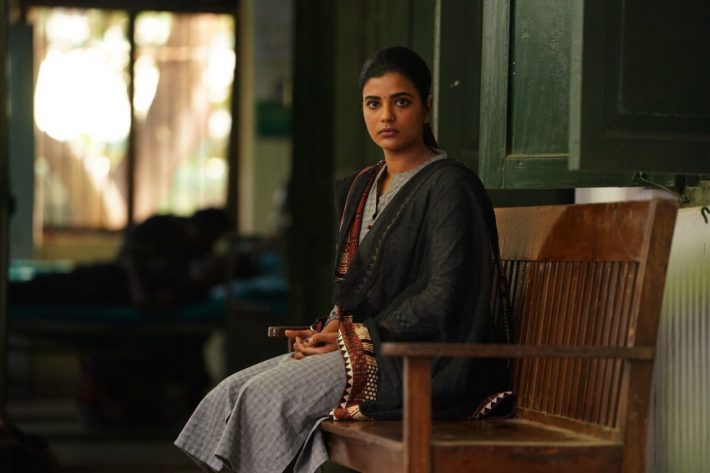 Suzhal- The Vortex is gearing up for its OTT release and there is no doubt that this investigative drama is all set to take the world by storm. The series promises to be as gripping and layered as it can be and nothing is stopping it from conquering the hearts and souls of the audience.

Recently, the cast of Suzhal- The Vortex talked about what attracted them to be a part of the series. And how Suzhal – The Vortex will break more barriers after the success of strong local and regional content like Bahubali and Jai Bhim.

Talking about the same, actress Sriya Reddy said “I hugely appreciate and respect Gayatri and Pushkar’s work and of course had to accept the offer when they approached me. I absolutely loved their film Vikram Vedha- the treatment and the narrative. I can imagine Suzhal – The Vortex having the same touch. More than us being excited, it’s a first for everybody. Suzhal is going to make history in many ways. It is the first Tamil Original Series on OTT to have such a reach, across 240 countries and territories in over 30 languages! It is going to be crossing boundaries that nobody in the country has seen or heard of. The content is so tight and relatable that people all over the world will enjoy it , and resonate with and will be in awe, thinking ‘I didn’t know that there was something like this’. I am thrilled that Amazon Prime Video sees potential in the show and is launching it at this scale.”

She also added “We have seen films like Bahubali, Jai Bhim – very strong content-oriented films, larger-than-life and crossing boundaries. I feel Suzhal will be in a similar space. Bahubali was strong. It was something nobody has ever seen. Jai Bhim had strong content. The way Amazon Prime Video is promoting Suzhal, taking it and putting it on a fabulous canvas… I believe everybody will want to watch it. I can confidently say that Suzhal- The Vortex will be pushing geographic and linguistic boundaries”.

Adding more to this, Aishwarya Rajesh says “I think we have seen films like Bahubali, RRR, KGF which have mesmerized audiences. Watching these films I was glued to the screens and when you are part of such a big team and such a big set up, I think I can’t ask for more. I am too excited about Suzhal – The Vortex.”

Written and created by Pushkar and Gayatri, Suzhal – The Vortex features Kathir, Aishwarya Rajesh, Sriya Reddy along with Radhakrishnan Parthiban. Releasing on 17th June, the web series will be released in 30+ Indian and foreign languages.