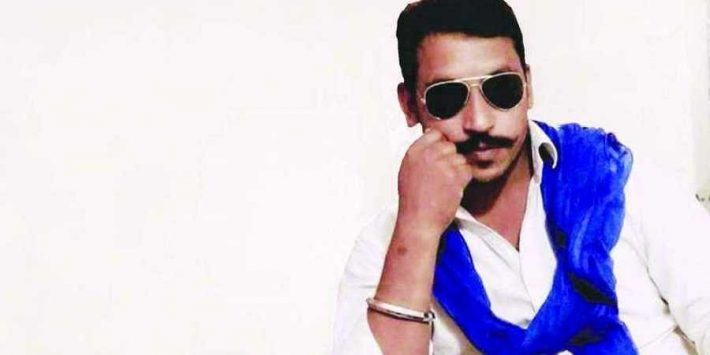 Lucknow: Chandrashekhar Azad, the head of Azad Samaj Party and Bhim Army, has announced to form a social transformation front. The new front comprises 35 smaller constituents, including the Azad Samaj Party, which will contest all 403 assembly seats together, he told reporters. He said that he will not field any candidate  in front of Akhilesh Yadav, because he wants Akhilesh to reach the assembly after winning the elections.

He said that big parties should not be included in the front, instead of jumping into the sea, they have to grow themselves by becoming rivers, many people have rejected them. He said he will move myself and go ahead with fellow parties. This time the Chief Minister will not be made in the state without the support of our front. Azad said that he respects SP chief Akhilesh Yadav and BSP chief Mayawati. He said that he is contesting the elections in front of the Chief Minister because the people are angry with this government and the BJP and those who are angry with the government are with Chandrashekhar, when the people are with us, we will also win the elections.

He will do virtual dialogue with the workers of Gorakhpur and will activate them in Gorakhpur in three days. Soon he will reach Gorakhpur and start his election campaign.

Azad said that all those who were neglected in this government are with us and we will fight the 2022 elections with all these and this front will fight the elections in 2024 also with some strength. He definitely regrets not having an alliance with SP. So now he is taking along those parties which are working in villages in cities but, he has been neglected by the government and political parties. Azad said that the poor, downtrodden, deprived, exploited and backward have been neglected in the Yogi government. this time people are with us.