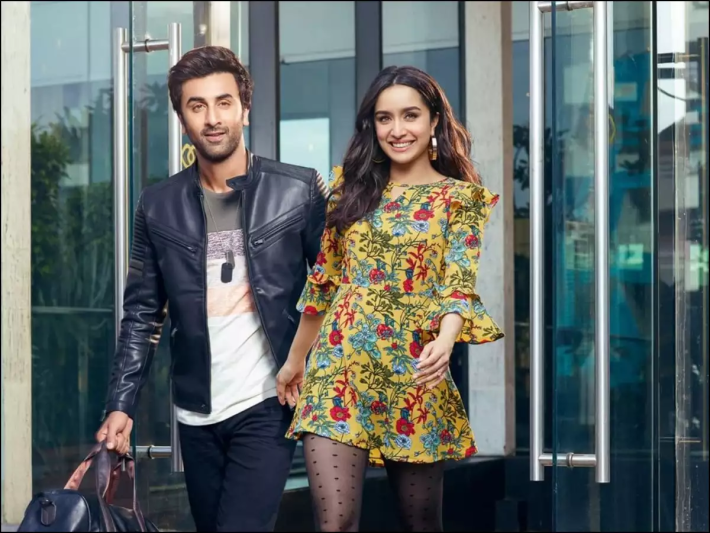 Mumbai: Fans can’t stop raving about Ranbir Kapoor’s and Shraddha Kapoor’s chemistry, post the leaked video from the sets of Luv Ranjan’s next goes viral! Shraddha Kapoor and Ranbir Kapoor shots have been doing rounds on the internet. Shraddha’s fans are very excited to see her, being paired with an actor like Ranbir, and are very excited to see them together.  The internet is buzzing with a new upcoming pair of Ranbir Kapoor, and Shraddha Kapoor. The buzz about Luv Ranjan’s upcoming untitled film has been the talk of the town for a long time and having the presence of new pairs Shraddha & Ranbir in it is something the audience has been waiting for long.

As soon as the new video from the sets of Luv Ranjan’s upcoming untitled film has leaked where both the stars can be seen performing a dance sequence, it has gone viral on the internet like fire. It has come up as a treat to Shraddha’s fans to see her coming up with hot and handsome hunk Ranbir Kapoor. It is indeed one of the most anticipated pairings in the upcoming films which are coming together for the first time.

Luv Ranjan’s upcoming untitled film is said to be shot in Delhi and is scheduled to release next Holi. The leaked dance sequence which went viral on the internet gives a glimpse into the chemistry this new pair is about to bring on the big screen as Ranbir can be seen chasing and teasing Shraddha in an outdoor location.

On the work front, Shraddha Kapoor is gearing up for the release of her upcoming film. The film is among the highly awaited releases of Bollywood. The movie will mark Shraddha’s first-ever collaboration with Ranbir, for which her fans her supremely excited for.