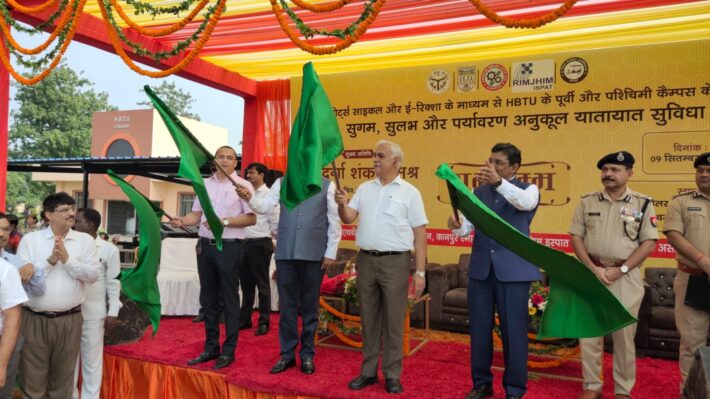 Lucknow/Kanpur:  In the direction of resolving the inconvenience caused to the students/staff in the traffic between the western and eastern courtyards of Harcourt Butler Technical University, the Uttar Pradesh government and the district administration along with the HBTU administration are providing environment friendly transport facility.

With the joint effort of the local district administration and HBTU, Kanpur, Kanpur Smart City Ltd., Rimjhim Ispat and E-Rickshaw Welfare Association, easy, accessible and environment friendly transport facility through sports cycle and e-rickshaw was launched. It has been possible in 3 months with the guidance of the Chief Secretary and the local administration and the initiative of HBTU as per the suggestion and direction of the  Governor.

It was inaugurated by the hands of Chief Secretary  Durga Shankar Mishra  at the newly constructed cycle/e-rickshaw stand in the western courtyard of HBTU, Kanpur.

The distance between these two campuses of the University is 3.7 km, for which 100 sports cycles (50 for the eastern and 50 for the western courtyard) have been provided for free use by all students and faculty members. Similarly, a total of 30 e-rickshaws have been provided in East and West campus at concessional rate of Rs.10 and shed and charging facility for these sports cycles and e-rickshaws are also available in the premises. 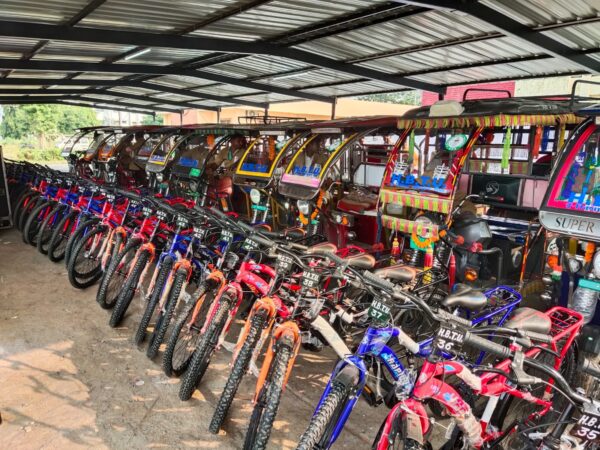 In order to facilitate the use of sports cycles at night, the Chief Secretary directed to add lighting and dynamo as the next step. Also, the university administration was directed to develop a mobile app for booking cycles and e-rickshaws.

The students were very happy with the introduction of this special facility between the two campuses of the university and on the first day itself, a large number of students used this facility. On this occasion, HBTU Vice Chancellor Prof. Shamsher, Divisional Commissioner Kanpur Dr. Raj Shekhar, District Magistrate Kanpur Nagar  Visakh, Vice Chancellor D. Parmar and owner of Rimjhim Ispat  Yogesh Agrawal ji were present. No matter how hard the battle is, if you are determined in your mind, then victory is certain. 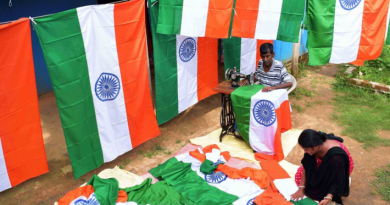