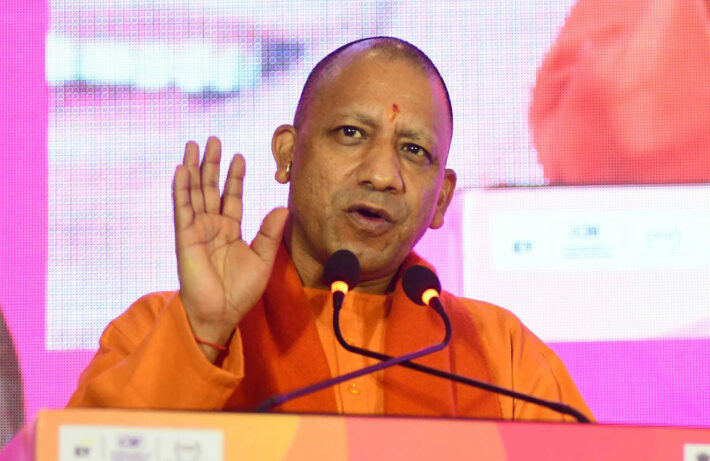 Lucknow: Chief Minister Yogi Adityanath has called upon the country’s banking and financial world to become partners in the development of the country’s most populous state — Uttar Pradesh. The CM met the Banking giants on Thursday as part of his two-day visit to Mumbai with the goal of making Uttar Pradesh, the ‘growth engine’ of new India and a $1 trillion economy. Highlights of the Chief Minister’s speech on the occasion:

◆ I know that all of you are not only keeping an eye on your bank but also on our Uttar Pradesh. You all are well aware of the situation here. You are both the witnesses and participants of our journey of development.

◆ Uttar Pradesh is the fourth largest state in India by size. Along with being the state with the largest population, we are also the state having the maximum youth population. The youth is our strength. The fertile land here is an important source of prosperity for our state.

◆ When our government was formed in 2017, the financial condition of the state was extremely poor. We made some plans and called up the banks, but the credit was so poor that the banks didn’t respond.

◆ Today I am delighted to inform that everything has changed in UP. Today, we are a revenue surplus state. We’ve more than doubled our annual budget.

◆ Within the last 05-06 years, the Government of Uttar Pradesh is developing infrastructure at a rapid pace for better connectivity through air, water, road and rail network, which will help industries to access global and domestic markets.

■ Today there is Purvanchal Expressway for Eastern UP, while Bundelkhand Expressway is accelerating the progress of Bundelkhand region, which was once considered backward. To connect the eastern and western regions, we are building the Ganga Expressway from Prayagraj to Meerut. Today, Uttar Pradesh has the unique distinction of being the ‘Expressway State’ with world-class road connectivity.

◆ Uttar Pradesh is going to become the only state in the country with 05 international airports. We were a land-locked state, but now the country’s first inland waterway has been developed here. The country’s largest rail network is in Uttar Pradesh.

◆ This work of development and transformation would not have been possible without the cooperation of banks/financial institutions. As a result of your cooperation, today, the state has been transformed.

◆ When the migrant labourers returned to the state during the covid-19 period, people raised questions about their efficiency. We got everyone’s skill mapping done. Taking inspiration from the Prime Minister, we also mapped the traditional enterprises of the state and made programs accordingly, so today over 96 lakh MSME units are working, which have become the medium of employment for crores of youth. ‘One District One Product’ which is our innovative scheme, is giving a unique identity to the products of each district and we are doing its branding and marketing. This scheme is proving helpful in increasing our exports.

◆ Uttar Pradesh is a massive state, so there are many challenges before us. These challenges encourage us to set big goals for ourselves and work hard. Our management policy for Covid has been appreciated by many global organizations including the World Health Organisation. Despite all the challenges, today, Uttar Pradesh is moving ahead with its big goals as a power and revenue surplus state.

◆ We are working on several industrial projects in the state. One of the two Defence Industrial Corridors being established with the aim of making India self-sufficient in the field of defence production is being developed in Uttar Pradesh.

◆ Earlier in Uttar Pradesh, daughters did not come out of the house after dusk as there was an atmosphere of insecurity. Today I can say with full responsibility that no one can look at any daughter with ill intentions in Uttar Pradesh.

◆ We have created such an atmosphere that today no goon can collect tax from any businessman or contractor in Uttar Pradesh. Even political donations cannot be taken forcibly.

◆ We formed the Anti Land Mafia Task Force. The land was vacated from the illegal occupation of the mafia. Today the Defence Corridor is being built on this land.

◆Jewar Airport will be the largest airport in Asia. You must have heard about the Bhatta-Parsaul incident. There was so much dispute over land! Today, the same farmers are voluntarily giving us land for the airport.

◆ We have set a target of $1 trillion for ourselves to fulfill Prime Minister’s target of $5 trillion economy. This goal will be accomplished only with your cooperation.

◆ I have come to tell all of you today that we will offer all possible help to you in Uttar Pradesh. We will give resources from everywhere and a . Will give better environment. Banking institutions should cooperate with us to strengthen our MSME units, agriculture, FPOs, startups etc.

◆ Tourism is also a priority sector, for which cooperation of banks is expected. Our government is developing the Ramayana, the Mahabharata and the Buddhist circuits to promote spiritual and cultural tourism. Bhavya Kashi, the embodiment of the Prime Minister’s vision, has made everyone happy. The divine Ayodhya dream is also being fulfilled.

◆ We have made structural changes in our policies to provide a competitive, attractive and supportive incentive framework. The new industrial policy provides a choice-based model, which encourages production, employment and exports. New sectors are also being encouraged, including circular economy, infrastructure projects and green hydrogen.

◆ We have been able to increase the CD ratio from 40 to 53%, now banks will have to make concerted efforts to bring it up to 60%. We look forward to making any contribution from our side.

◆ The Prime Minister has termed Uttar Pradesh as a state with the potential of ‘growth engine’ of the country. We are ready to fulfill this responsibility of ours. With your cooperation, Uttar Pradesh will be a leading state in every sphere.

◆ I invite all of you in Uttar Pradesh to make the most of the immense opportunities present in our state and become a partner with us in the journey of the progressive transformation of Uttar Pradesh and towards making New India prosperous and powerful. 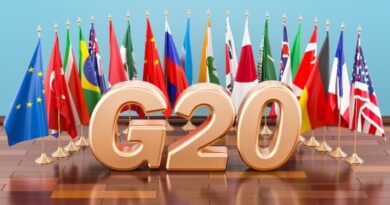 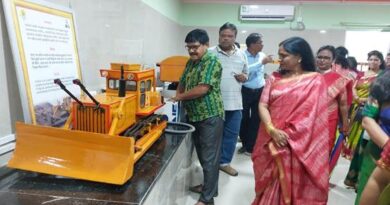