Lucknow: Chief Minister Yogi Adityanath on Sunday called upon the MPs and MLAs to contribute towards realizing the vision of a ‘self-reliant Uttar Pradesh’. He said that under the guidance of Prime Minister Narendra Modi in the last five-six years, a better environment has been created for industrial development by developing infrastructure in every district including the capital Lucknow, Sitapur, Lakhimpur, Rae Bareli, and Unnao.

While addressing a high-level meeting with the public representatives (MPs/MLAs) of districts including Sitapur, Lakhimpur Kheri and Rae Bareli districts at his official residence, Yogi said that presently, all necessary resources are available for industrial development in every district of the state. There is land bank, better connectivity, and skilled human resource. The target has been fixed to make the state a trillion-dollar economy, in which all the public representatives will have to go ahead and make their contribution.

Talking about the development works of Naimisharanya, the Chief Minister said that Naimishadham is the place of penance for 88,000 sages. All the Vedic texts of India have been written in Naimish. In view of its mythological importance, our government has constituted “Shri Naimisharanya Teerth Vikas Parishad”. Its objective is to develop infrastructure facilities for tourism, culture especially religious activities and spiritual tourism in Naimisharanya area.

The development of Naimish will provide employment to lakhs of youths of Sitapur and surrounding districts. He said that great work has been done in Sitapur under the PM/CM Awas scheme. More than 2 lakh houses have been given in this district. The Chief Minister said that the land of Lakhimpur Kheri and Rae Bareli is fertile. The government is making constant efforts to empower the farmers here and is taking all necessary steps to increase their income.

Under the Kisan Kalyan Mission, Kisan Kalyan Mela and Seminar are being organized in each block of all the assembly constituencies of Lakhimpur district. The Chief Minister said that Dudhwa National Park is a major centre of the ecosystem. It needs to be linked with hotels, restaurants and air connectivity. He said that keeping in view the interest of the farmers, PM Modi is constantly ‘promoting millet products’. In this series, International Millet Festival was organised in Rae Bareli. An exhibition of millet grain and its products was also organized. The Chief Minister said coarse cereals like Sawa, Kodo, Jowar, Bajra and Maize are superfoods. Farmers as well as common people should be made aware of these grains which are good for health and increase the fertility of the fields.

Youth will immensely benefit from UP GIS

Our action plan to invite investors from all over the world to invest in Uttar Pradesh before the summit has met with overwhelming success. GIS-2023 is going to be historic. The investment will create a large number of employment opportunities, which will directly benefit our youth. Taking inspiration from foreign and domestic investor road shows, many districts organized investor conferences at the district level and received investment proposals worth thousands of crores. Similar efforts should be made in all the districts as well. All the districts will be connected with the main function organized in Lucknow on 10th February. Everyone will get the guidance of the Prime Minister. Local investors and entrepreneurs should also be invited to this programme.

The Chief Minister said that the public representatives should make the country and the world aware of the potential of their area. Due to this, investment will be attracted, industrial units will be set up and employment opportunities will be created. The MPs/MLAs should maintain communication with the investors even where the Investors’ Conference has been organised. Understand their needs/expectations, inform them about industrial policies, and sectoral policies of the state government and encourage them to invest. He said that MPs and MLAs should give wide publicity to the new industrial policies of the state government. Discussion should be organized among the youth in local universities/ colleges/ polytechnics/ ITIs. Public representatives should participate in these programmes.

The Chief Minister said that better use of technology should be made. Today social media has emerged as the best medium of communication. All MPs/MLAs should use this platform. Public welfare schemes, industrial policies, and employment-oriented programs of the central and state government should be promoted on social media platform. 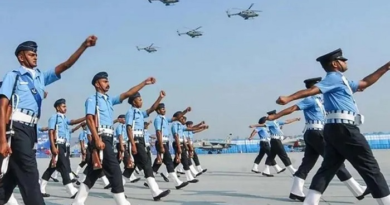 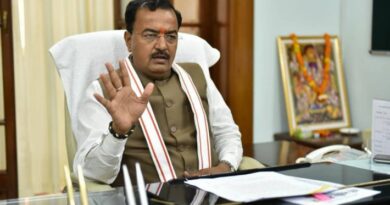 Speed up allotment under Housing For All scheme – Keshav Prasad Maurya 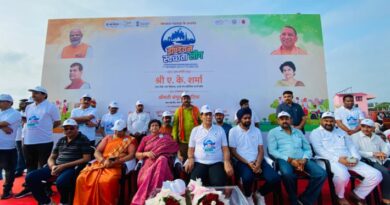